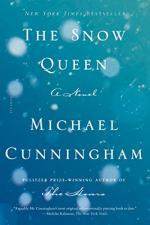 Michael Cunningham and Rumer Godden
This Study Guide consists of approximately 27 pages of chapter summaries, quotes, character analysis, themes, and more - everything you need to sharpen your knowledge of The Snow Queen.

This detailed literature summary also contains Quotes and a Free Quiz on The Snow Queen by Michael Cunningham and Rumer Godden.

The Snow Queen is an adult contemporary novel about four middle-aged people who try to come to terms with aging, mortality, and the quest for meaning as one of the four, Beth, faces terminal cancer. The other three people include Beth's long-time best friend and business partner, Liz, her fiance, Tyler, and Tyler's brother, Barrett.

At the novel's beginning, Barrett Meeks walks home across Central Park after a dental appointment, reflecting on the most recent in a series of short-lived romantic relationships. It's winter, and a defeated-feeling finds himself staring at the ground as he walks. When he next looks up at the sky, he is amazed to see an aquamarine, celestial light hovering overhead, unlike anything he had ever seen before. He is gripped by a feeling that somehow the light is beholding him at the same time as he is looking at it. Then, the light seems to disappear again. He continues walking home, but the experience in the park has raised questions for him, and he feels compelled to look for answers.

During a twenty-four-hour period in November of 2004, the four characters, through self-reflection and interacting with one another, attempt to make sense of their lives and of Beth's impending death. Barrett, surprised to discover that nobody else seems to have witnessed the light he saw, wonders about its possible significance. Could he have a brain tumor or other medical condition? Was it a spiritual experience? He thinks about his Catholic upbringing, which he has long ago turned his back on, and finds himself at 8:00 mass, where he observes from the doorway. He does not, however, discuss any of this with his brother Tyler, with whom he lives and is particularly close.

Tyler, meanwhile, struggles to take care of Beth even as her condition varies day to day and he is sometimes bewildered about what she might need from him. He works on writing a song for her that he intends to give her as a wedding gift, but struggles with his feelings about losing her, along with his feelings of inadequacy about his stalled and seemingly insignificant career as a musician (he sings in a bar) and his ability to achieve more with his life and his music. He also wrestles with his strong feelings about the Presidential election in progress (the final votes are being tallied), as he feels on the one hand that President George W. Bush cannot possibly be re-elected after all his wrongdoings, and fears on the other hand that exactly this might happen.

While Barrett turns to soul-searching and religious exploration in his search for answers and meaning, Tyler turns to the cocaine use. He justifies that he is using drugs to "give himself a break" in the midst of a "metaphysical emergency". Barrett is under the impression that Tyler has quit drugs, so each brother is keeping a secret from the other.

Beth struggles, also, to come to terms with her illness. She has better and worse days, and readers learn through Barrett that she dresses every day in white, which seems to reflect a sense of ghostliness and being only partly visible. She dreams about searching for some lost thing she can't identify, and feeling compelled to take a gumball from a gumball machine despite knowing that one of the gumballs in the machine is poison. On a day when she feels well enough to do so, goes into the shop where Barrett works. It turns out that she and her best friend Liz Compton founded and own the shop. None of the four main characters -- Tyler, Barrett, Beth, or Liz -- are entirely comfortable relating to one another amidst rapidly changing circumstances.

Then, as if miraculously, Beth's cancer disappears. Her doctor urges cautious optimism, and while the four characters are relieved on some level at her amazing recovery, they are also at somewhat of a loss for what to do in light of this dramatic change of direction. Barrett struggles to understand what her illness and recovery mean in the larger picture of the personal and spiritual meaning-making he has embarked upon, Tyler is thrilled to have not lost her, while simultaneously anxious about what this turn of events means in terms of his own personal and career life, and Beth struggles with feeling somewhat like a stranger in her own life, with a sense that she is expected to feel excessively grateful for a recovery that comes after she had accepted the inevitability of her death. Tyler and Beth discuss moving and begin to touch upon whether or not Barrett should continue to live with them, which turns out to be a loaded subject. Tyler continues using drugs and struggles with the fact that he is not progressing with his songwriting and music. Liz and Barrett both grapple with the fact that Tyler and Beth's transition into functioning as a "normal" couple means that they have less of a place in Tyler and Beth's lives.

The recovery ends up being short-lived, however, and Beth deteriorates quickly again in a matter of months, ultimately dying. The three remaining characters convene to scatter her ashes over the water together. Barrett and Tyler sell almost all of their furniture and belongings and move out of the apartment, with Tyler moving into a place of his own.

Tyler reaches out to Liz on his first night in the new place, and the two sleep together. It turns out that Liz and Tyler have been sleeping together for a long time, but not talking to anyone about it, including one another. Now they must figure out who they are to one another, in light of their new circumstances.

After some soul-searching, Liz decided to move to California. She wants a new start, and invites Tyler to join her. Tyler, however, after some modest songwriting success, says he needs to write one more song for the album he's working on. He agrees to meet Liz in California after his last song has been written.

Liz makes Barrett manager of the shop. Barrett, in the meantime, meets a new partner in a supermarket, and several months later, they are still seeing one another and showing signs of compatibility. While he has not made complete sense of the light he saw in Central Park, unraveling the mystery of it seems less compelling to him now as he accepts it as an event that seemed to herald positive changes in his life, whatever its origin.

There is a sense, however, that all might not end well for Tyler. He has switched from cocaine to heroin, which he thinks is aiding him in his songwriting, and seems to be on a path to self-destruction.

More summaries and resources for teaching or studying The Snow Queen.