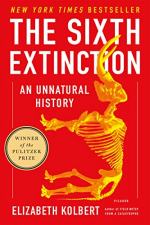 The town of El Valle de Anton in Central Panama is the site of a four-mile wide volcanic crater that was formed some one million years ago. The frogs are highly toxic and it is believed that the venom of just one frog could kill a thousand mice. It is the home to the El Valle Amphibian Conservation Center that is dedicated to the study and research of the Panamanian Golden Frog and other amphibians of the region.

The Panamanian Golden Frog is endemic to Central Panama and is considered a symbol of good fortune. It is referred to as taxi-cab yellow with brown splotches. Figures of the frogs in a variety of poses can be found in all the tourist shops. Although it was abundant in the not too distant past, they began disappearing and by 2002 they were gone...