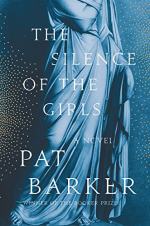 Related Topics
Pat Barker
Regeneration
Regeneration
The Eye in the Door
The Ghost Road
The Women of Troy: A Novel

The Silence of the Girls Summary & Study Guide

Pat Barker
This Study Guide consists of approximately 62 pages of chapter summaries, quotes, character analysis, themes, and more - everything you need to sharpen your knowledge of The Silence of the Girls.

The Silence of the Girls Summary & Study Guide Description

The Silence of the Girls Summary & Study Guide includes comprehensive information and analysis to help you understand the book. This study guide contains the following sections:

This detailed literature summary also contains Quotes and a Free Quiz on The Silence of the Girls by Pat Barker.

The following version of this book was used to create the guide: Barker, Pat. The Silence of the Girls. Penguin Random House UK, 2019.

Barker’s novel begins with Briseis and other Trojan women hiding in the citadel as they await the sacking of Lyrnessus by Greek soldiers. Once the Greeks have looted the city, raped its lower-class women, and killed any male Trojans, including those unborn, who survived the battle, they assemble desirable Trojan women and sail to their camp erected on the shores of Troy.

Soon after returning to their compound, the Greek army presents Briseis to Achilles as a battle prize, and he accepts. Forced to share a bed with the man responsible for the deaths of most her family, Briseis struggles to mask her hatred for Achilles but remains subservient lest she lose his favor and land in a worse position. Though Briseis befriends other Trojan women enslaved in the camp and even Patroclus, Achilles’ closest companion, she achieves solace only by escaping to the sea. Reminded of his absent goddess mother whenever he encounters Briseis’ saltwater scent, Achilles repeatedly enters angry lovemaking frenzies. While frustrated by Achilles’ aggression, Briseis cannot sacrifice her daily swims and instead wishes disease upon the Greeks after Agamemnon dishonors Apollo, god of plague.

When first rats, then livestock, then dozens of Greek men fall victim to a fatal illness, the Greek army assembles to determine how they can appease Apollo and end their plague. A seer named Calchus prophecies that Agamemnon’s refusal to return Chryseis, his battle prize, to her priest father in exchange for a generous ransom ignited Apollo’s disapproval. Though Agamemnon agrees to send Chryseis home, he demands Briseis as a replacement prize. Driven mad with rage at Agamemnon for stealing Briseis from him, Achilles refuses to fight again until Agamemnon personally apologizes for his theft.

With the plague over but Achilles absent from the battlefield, the Greeks lose increasingly more lives and land to the Trojans. Meanwhile, Briseis nurses wounded soldiers to health after Agamemnon quickly dismisses her from his bed. As the Trojans threaten to win the war, Agamemnon presents Achilles with a hefty offering that includes Briseis and even lies that he never touched her in a desperate attempt to persuade him to fight once more. Dissatisfied with Agamemnon’s stubborn refusal to apologize for his indiscretion, Achilles steadfastly refrains form resuming battle.

When it appears the Greeks will lose their near decade-long war with the Trojans, Nestor convinces Patroclus to fight again while wearing Achilles’ armor. Though Achilles agrees to Nestor’s plan, he demands that Patroclus return to camp the minute the Trojans fall back from the Greek ships. As Achilles observes the war, he witnesses Patroclus disobey his orders. Soon after, Achilles learns of Patroclus’ death. Thirsty for revenge, he returns to battle and slays countless Trojans, including Patroclus’ killer, Hector, before driving his corpse three times around the walls of Troy.

For days after Achilles finally approves the execution of Patroclus’ death rights and hosts his funeral games, he continues to dishonor Hector by dragging his body through the Greek camp. Despite Achilles’ best efforts to mutilate Hector’s corpse, his body remains whole. Finally, Priam enters the Greek camp, begging Achilles to surrender Hector’s remains in exchange for an elaborate ransom, so he can properly cremate his son. Achilles eventually agrees and even allows Priam to postpone the battle while he conducts Hector’s funeral games.

Certain of his impending death, Achilles arranges for Alcimus to marry Briseis after learning that she is pregnant with his own child. Though the Greeks sack Troy, Achilles dies in battle wearing newly forged armor delivered by his mother. Only hours later, the Greek warriors deliver dozens more Trojan women, including Helen, to their camp and distribute them amongst the noblemen. The story ends with Briseis and her new husband, alongside other victorious Greeks and Trojan slaves, abandoning the smoldering remains of Troy and sailing towards a new life.

More summaries and resources for teaching or studying The Silence of the Girls.

The Silence of the Girls from BookRags. (c)2022 BookRags, Inc. All rights reserved.