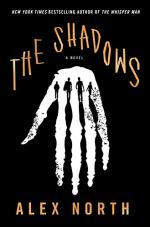 Alex North
This Study Guide consists of approximately 78 pages of chapter summaries, quotes, character analysis, themes, and more - everything you need to sharpen your knowledge of The Shadows.

The Shadows Summary & Study Guide includes comprehensive information and analysis to help you understand the book. This study guide contains the following sections:

This detailed literature summary also contains Quotes and a Free Quiz on The Shadows by Alex North.

The following version of this novel was used to create this study guide: North, Alex. The Shadows. Celadon Books. 2020. Hardcover.

Fifteen-year-old Paul Adams is driven to the police station by his mother after a murder. In the future, Detective Amanda Beck meets Detective Dyson. Two teenagers had been arrested for the murder of Michael Price. Meanwhile, Paul visits his sick mother when she wakes up and shouts that something is in the house.

Back in the past, Paul’s friend James is tormented in PE by a boy named Hague. Paul stands up for James and they are interrupted by Charlie and Billy. Charlie tells Hague that he dreamed of his head being split open. After PE Hague is run over by a van. Paul then meets Jenny Chambers at a creative writing club. Then, Paul goes with James to meet Charlie and Billy. Charlie reveals his dream journal and says he is working on what he calls incubation to influence his dreams.

In the present day, Amanda learns the murder was a copycat of one in Gritten where one of the killers Charlie disappeared. Paul sees Jenny and he tells her everything. Jenny tells him to do something. He finds the attic full of bloody handprints.

Back in the past, the boys discuss their dreams and learn that James and Charlie were in the same dream, except Charlie was with Red hands.

In the present, Amanda meets with Michael’s parents. She asks them about Gritten or Red Hands and Dean leaves. Amanda enlists the help of Theo to try and use an internet persona to lure out CC666. Meanwhile, Paul finds newspapers of copycat killings. Paul meets Jenny at the pub where they talk about the past and Jenny tells Paul that he used to be more proactive.

In the past, Paul continues to hide his lucid dreams from the group. Paul decides to talk to Jenny instead of the group. The next morning, Paul learns from James that someone knocked on his door and left bloody marks behind.

In the present day, Paul talks to an Officer about the blood marks on his own door. Paul sees a figure in the trees. He runs out into the Shadows and finds a man who does not respond. Meanwhile, Amanda arrives in Gritten and finds Billy Roberts dead.

In the past, Paul went into the Shadows with Charlie and the others. Charlie tells them that they are going to use their dreams to call Red Hands and kill Goodbold. Back in Paul’s room, he dreamed that he is in Room C5b and saw a strange creature alongside James.

At the hospice, Paul’s mother says that she saw Charlie before telling Paul that she is proud of him. Outside, Paul sees Amanda and the two go to the bar where they talk about the case and Amanda decides that Paul is not involved in the CC666 account.

When he returns to his home, he finds that his old dream doll has been pushed through the mail slot. This reminds him of the day that he and James went to school and found that Goodbold was missing. Paul decided to leave the group, but not before Charlie said Red Hands killed Goodbold’s dog.

In the present, Paul ends up and Jenny’s home. The two walk to the cafe and she asks why they lost touch and he admits that he does not know. Jenny says Paul will stay in Gritten, even if he does not want to.

The scene shifts to Amanda and Detective Dwyer who is convinced that the killer is one of Billy’s drinking friends. She learns that the CC666 account clicked the link, putting his IP address an hour away in Brenfield.

Paul finds the bookstore, Johnson & Ross, and talks to his friend Marie before learning that his mother died. Meanwhile, Amanda returns from Brenfield after learning that two people were killed in Carl and Eileen’s home.

In the past, Paul invited Jenny to his house. He read her story about Red Hands and went to Marie to learn the truth. Marie told him that a man had impregnated two women then committed suicide after his wife threw him out. Paul told James what Marie said. James left the playground which got Jenny killed by Charlie and Billy, revealing that present Paul has been dreaming of her the entire time. Paul finds Charlie’s dream diary in his own collection of notebooks.

At the old playground, Carl tells Paul that James is the one who killed Charlie, and they hid the body in the attic. The police take Carl away, but Paul refuses to talk to Amanda. He burns all of his old things and is attacked. At the station, Amanda gets a call from Mary Price.

When Paul wakes up, the man demands to know what happened to Charlie. Paul makes a story up about Hague’s brother accidentally killing Charlie. Paul says the body is in the woods, and the man tells him to take him there. Once inside, Paul manages to flee Amanda’s voice helps him escape.

A week later, Amanda talks to her father’s grave and finally cries over his death. She - returns to Gritten where it is revealed that Dean was the one who kidnapped Paul and killed himself after he twisted his ankle. Amanda shows Paul the picture of a body and reveals it is Charlie Crabtree. Then, Paul gives a speech at his mother’s funeral and hopes that she is resting well.

More summaries and resources for teaching or studying The Shadows.

The Shadows from BookRags. (c)2022 BookRags, Inc. All rights reserved.