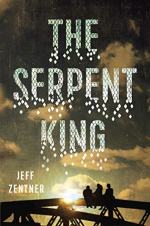 Jeff Zentner
This Study Guide consists of approximately 59 pages of chapter summaries, quotes, character analysis, themes, and more - everything you need to sharpen your knowledge of The Serpent King.

This detailed literature summary also contains Quotes and a Free Quiz on The Serpent King by Jeff Zentner.

Dillard Early, Jr., known as Dill, is a high school senior in a small town where everyone knows his family's past. His father was the preacher at a church known for handling poisonous snakes as a way of proving their faith, and his father was arrested for having child pornography on his computer. As it turns out, Dill's mother blames Dill for not claiming that the pornography was his to save his father from jail time. Dill's father has been in prison since the pornography was discovered, and Dill and his mother are struggling under a mountain of debts he left in his wake. Both of Dill's parents expect him to accept the lion's share of responsibility for paying off those debts.

The one bright spot in Dill's life is his friendship with Lydia Blankenship and Travis Bohannon. In many ways, Travis's life is similar to Dill's. His family is poor, and Travis works at his father's lumber mill when he is not in school. His father is critical and often brutal. Travis loves fantasy novels, especially the Bloodfall series written by G.M. Pennington. Travis often carries a staff with him, which is part of his personal effort to escape the drudgery of his everyday life, though Dill and Lydia typically make him leave it in the car.

Lydia is the daughter of a dentist and is wealthy compared to Travis and Dill. While Travis and Dill have no plans other than to remain in Forrestville and work at their respective jobs, Lydia plans to attend NYU and has already lined up roommates who are also interested in the fashion industry. Lydia is generous with Travis and Dill, though more so with Dill, it seems. She gives him her laptop when her parents buy her a new one. She has many connections, due to her successful fashion blog. She arranges for Travis to meet his favorite fantasy author, which inspires Travis to look into local college writing classes and helps him dream of a future other than the one he had imagined for himself. When Dill is obviously struggling, Lydia gives him space but makes him promise he will seek her out before he reaches bottom. These and other actions demonstrate Lydia's generosity toward her two best friends.

Travis's father brutally beats Travis one night, and Travis begins sleeping at Dill's house, though Dill hides that fact that Travis was beaten from his mother. They also do not tell Lydia. Together, Travis and Dill decide they will become roommates after high school, supporting each other in their goals for the future. Travis plans on becoming a writer, and Dill loves to write songs and sing. But, while Travis is selling firewood one evening to make extra money, some men rob and kill him. Dill and Lydia are devastated, and Dill soon spirals out of control. Suffering from grief and depression, he considers suicide but reaches out to Lydia instead. With her help, Dill is admitted into college despite his the objections of his parents.

As the summer comes to a close, Lydia discovers romantic feelings for Dill that she had never before considered possible. Dill makes it clear he has always loved Lydia. While Dill and Lydia know their time together will come to an end when Lydia goes to college in New York, they spend their last few weeks as a couple. Just before Lydia leaves, they go to the cemetery one final time to say good-by to Travis. They spend the summer working - Lydia at an internship and Dill at two jobs. When Lydia posts Dill performing one of his original songs on her Twitter feed, a singer asks to record the song. Her manager assures Dill the royalties will help with his college education. As Dill prepares to leave for college, his parents make it clear they do not support his decision. However, Dill feels a new sense of freedom as he leaves his house for the final time.

More summaries and resources for teaching or studying The Serpent King.