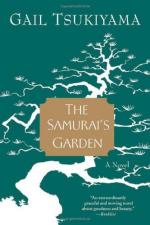 The Japanese village where Stephen is sent to recover after being diagnosed with tuberculosis. It's a vacation community and Stephen expects his time there to be an exile. He soon falls in love with the quiet, avoids the crowds that arrive during the holiday season, and dreads returning to Hong Kong.

Also known as the Village of the Lepers, Yamaguchi is a mountain village where lepers have gone to live out their lives. It's home to Sachi and soon becomes a place Stephen loves as much as his family's beach house in Tarumi.

The city where Stephen attended university.

The school Stephen attended in Canton.

The entrance room of a house with wooden benches. This is where shoes are to be removed.