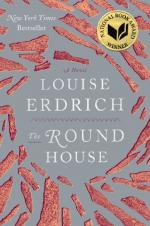 The Round House Summary & Study Guide

The Round House Summary & Study Guide includes comprehensive information and analysis to help you understand the book. This study guide contains the following sections:

This detailed literature summary also contains Quotes and a Free Quiz on The Round House by Louise Erdrich.

The Round House is a novel by Louise Erdrich. In this novel, thirteen year old Joe struggles to find a way to help his mother in the aftermath of a brutal attack. As Joe watches from the sidelines, his father, a judge, struggles to work within the legal system to find and prosecute the perpetrator. Unfortunately, Joe’s mother cannot remember where the worst of the attack took place; therefore, no one can figure out who has the right to try him. For this reason, the perpetrator is let go. Joe is angered by this news and plots to find a way to stop his mother’s attacker. The Round House is a unique look at life on the reservations and the complicated legal system that often lets even the worst criminals slip through the loopholes.

Joe and his father are working in the yard of their small house one Sunday afternoon. As the afternoon slips away, Joe’s father, Bazil Coutts, begins to worry about his wife, Geraldine. Bazil and Joe walk down to his Aunt Clemence’s house to borrow her car, assuming that Geraldine has had car trouble. As they make their way to the nearest town, they pass Geraldine in her car. Thinking that she had gone to the grocery store because she had forgotten that it was Sunday, they return home to find her battered and bloody.

Bazil quickly moves his wife to the back seat and rushes her to the hospital. In the chaos afterward, Joe hears little tidbits here and there, enough to realize his mother has been raped. Joe is angry and frightened, determined to protect his mother. Days later, when she comes home, Joe and his father tip toe around the house in order to avoid disturbing his mother. At first she seems to be healing, but then Bazil surprises her when he comes home one night. This causes Geraldine to lock herself in her bedroom for weeks, refusing to eat. One night, after several days of Bazil forcing Geraldine to listen to silly conversation, the mention of a baby sets off memories of the day of the attack. Geraldine tells Bazil everything she can remember of the attack, including the other woman and her infant the same man threatened to kill. Geraldine refuses, however, to tell Bazil the identity of the man until they can learn the fate of the woman and her child.

A short time later, Joe learns that the man responsible for the attack on his mother has been arrested. For the first time in weeks, life at Joe’s house returns to normal. However, things quickly change again when they learn that the perpetrator has been released from jail because the place where Geraldine was attacked sits on a place where three specific pieces of land sit, each with a different legal jurisdiction. Geraldine’s face was covered so she does not know where the attacked happened and therefore no one knows who should prosecute.

Joe is frustrated by this news, especially when he can see the fear return to his mother. Joe decides someone has to do something to protect his mother after he and his father run into the perpetrator in the store and his father has a heart attack after attacking him.

Joe shares his fears with his friends. One of them, Cappy, helps him plan a way to stop the perpetrator. They wait for him outside the new golf course. When he appears one morning, Joe shoots at him. While Joe has wounded the man, he is not dead. When the man sees Joe and begins to yell, Cappy comes forward and expertly shoots the man in the head.

An investigation is begun, and Joe is afraid his parents have guessed the truth, but they do not share what they suspect with the police. A short time later, Joe runs away with Cappy to see Cappy’s girlfriend. During the night, there is a car accident. Cappy is killed.