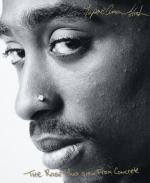 The Rose That Grew from Concrete Characters

Tupac Shakur
This Study Guide consists of approximately 21 pages of chapter summaries, quotes, character analysis, themes, and more - everything you need to sharpen your knowledge of The Rose That Grew from Concrete.

The Rose That Grew from Concrete Summary & Study Guide Description

The Rose That Grew from Concrete Summary & Study Guide includes comprehensive information and analysis to help you understand the book. This study guide contains the following sections:

This detailed literature summary also contains Topics for Discussion and a Free Quiz on The Rose That Grew from Concrete by Tupac Shakur.

Shakur started out as a roadie for a hip hop group before breaking out with his first album, 2Pacalypse Now. The album immediately caught the attention of critics who both praised and condemned Shakur for his brutally realistic views on poverty, gangs, racism, and drugs. Although there were many that objected to the violent and explicit nature of Shakur's music, the controversy only elevated the rising star's influence. It was Shakur that is credited with taking rap to a new level, adopting the moniker "Gangsta Rap." Shakur remains listed in the Guinness Book of World Records as the hip hop artist with the highest number of records sold, a total of more than seventy five million worldwide.

Despite Shakur's stellar success, the rapper could not seem to avoid trouble. A number of lawsuits plagued Shakur and the rapper often considered himself to be a target of many who opposed his views. Shakur was shot five times in a New York recording studio, an event that led Shakur to believe that he had been set up. That incident began the East Coast - West Coast rivalry between a number of rappers. The conflict escalated and resulted in many acts of violence.

Despite legal troubles and growing conflicts with other rappers, Shakur's career continued to soar. In 1996, Shakur was the victim of a drive-by shooting in Las Vegas. Shakur was shot four times and died six days later. He was 25 years old.

Nikki Giovanniappears in Tupac C U in Heaven

Nikki Giovanni (1973 - ) is a poet, activist, feminist and writer who is well known for her outspoken views on a number of topics, including racial equality. Giovanni is also a Distinguished Professor at Virginia Tech's English Department. Giovanni was present at the Virginia Tech Massacre and in fact, taught the shooter in one of her poetry classes. Giovanni referred to the shooter, Seung-Hui Cho, as "downright mean" and sought to have him removed from her class. Giovanni was one of the professors that came forth after the tragedy to try to ease the pain of colleagues and students.

Giovanni's early work was mostly inspired by the civil rights movement and black power. Giovanni is known as an outspoken woman with strong views on a number of topics although she spends a great deal of time lecturing on non-violence and hate crimes.

Tupac Shakur was a friend of Giovanni's and someone that the fellow poet admired. Giovanni wears a tattoo that reads "Thug Life" in honor of the rapper. Her 1997 book of poetry, "Love Poems," was written in memory of Shakur.

April Shakurappears in Wife 4 Life, Tears from a Star, March 1st - The Day After Ap

A woman who lost her son to a hate crime.

a famed painter known for vibrant images and mental instability.

Marilyn Monroeappears in The Shining Star Within!

An actress and sex symbol of the 1960s who died mysteriously.

The love interest and woman who Shakur credits with reviving his heart.

Marquita is a beautiful black woman that exudes a tremendous amount of personal power, a trait admired by Shakur.

One of Shakur's love interests and muses.

More summaries and resources for teaching or studying The Rose That Grew from Concrete.

The Rose That Grew from Concrete from BookRags. (c)2022 BookRags, Inc. All rights reserved.