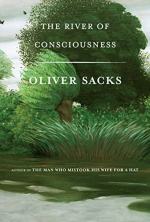 Summary
+Chapters Summary and Analysis
Foreword
"Darwin and the Meaning of Flowers"
"Speed"
"Sentience: The Mental Lives of Plants and Worms"
"The Other Road: Freud as Neurologist"
"The Fallibility of Memory"
"Mishearing"
"The Creative Self"
"A General Feeling of Disorder"
"The River of Consciousness"
"Scotoma: Forgetting and Neglect in Science"
Important People
Objects/Places
Themes
Styles
Quotes
Topics for Discussion
Order our The River of Consciousness Study Guide

Oliver Sacks
This Study Guide consists of approximately 44 pages of chapter summaries, quotes, character analysis, themes, and more - everything you need to sharpen your knowledge of The River of Consciousness.

The River of Consciousness Summary & Study Guide includes comprehensive information and analysis to help you understand the book. This study guide contains the following sections:

This detailed literature summary also contains Topics for Discussion on The River of Consciousness by Oliver Sacks.

The following version of the book was used to create this study guide: Sacks, Oliver. The River of Consciousness. Knopf, 2017. First Hardcover Edition.

The River of Consciousness, a collection of scientific essays by Oliver Sacks, opens with a short foreword by the three people the author charged with overseeing its publication. They explain how Sacks came to outline the content before his death, as well as the overall nature of his professional life and work.

The first essay focuses on Charles Darwin and his lesser-known work as a botanist. For Darwin, "the study of plants was always infused [...] with theoretical purpose, and the theoretical purpose has to do with evolution and natural selection" (7). After publishing his famous On the Origin of Species, Darwin turned his focus to observation and experimentation on plants, ultimately rejecting the contemporary notion of self-fertilization and highlighting "the co-evolution of plants and insects" (13). Sacks emphasizes how Darwin's work in botany was "to lead the way to all the other evolutionary sciences" (23).

The second essay focuses on speed--a topic that fascinated Sacks as a boy. He explores how the passage of time in perceived, both as one ages and in unique instances such as near-death experiences, high performance sports, and under the influence of drugs. The majority of the essay focuses on how particular medical disorders, such as Parkinson's disease, can effect one's perception of speed, motion, and time.

The next essay ponders the nature of consciousness and "brain" function in plants and worms with reference again to the work of Charles Darwin. Sacks expands Darwin's work on worms to explore the neurological functions and systems of other animals like jellyfish. Sacks emphasizes the presence of adaptive responses in creatures--including single-celled organisms like protozoa--to examine the cellular nature of behavior and question the nature of what constitutes a conscious mind.

In the fourth essay, Sacks discusses the work of another great scientific figure: Sigmund Freud. In this case, he focuses on Freud's early work as a neurologist and how it informed his later career as the father of psychoanalysis. Sacks also discusses Freud's work in relation to his contemporaries, thus illuminating some of the historical development of neurology and neuroscience, as well as how our understandings of the human brain have changed over time.

The next essay, "The Fallibility of Memory," shares stories from Sacks' childhood and personal life to illustrate how memories are often appropriated, skewed, recovered, invented, or otherwise constructed. This then segues into a discussion on the nature of plagiarism and how ideas are subconsciously transferred from one person to another and are often mistakenly claimed as one's own. Sacks attributes this unconscious absorption and reuse of another work as a natural side effect of the fallibility of memory and the subjective nature of brain function.

The sixth essay is brief, and it contains humorous instances in Sacks' life in which he has misheard information and substituted words or phrases in his mind that are different from what was spoken. This prompts the author to reflect on "the power of neural mechanisms, combined with the open and unpredictable nature of language, to sabotage meaning" (127).

The following piece, "The Creative Self," is all about the nature and development of creativity and creative pursuits. Sacks writes about the influence of mimicry and imitation in a creative person's early career, as well as its difference from true creativity. He also discusses what he considers to be the differences between "minor" and "major" creativity (138). The nature of memory and the absorption of the works of others comes up again in this essay as Sacks discusses how writers and artists are influenced by one another as well as the difference between taking inspiration from someone else and producing work that is nothing but derivative.

The essay, "A General Feeling of Disorder," discusses the importance of homeostasis in feeling well as opposed to ill. Sacks discusses migraines in detail as examples of his thoughts on illness and recovery. He also shares the personal story of his own cancer treatment a few months before his eventual death in order to illustrate the nature of illness and recovery.

The penultimate essay, from which the book takes it title, explores how the human brain perceives moments and time while connecting those ideas to thoughts on the nature of perception and consciousness. Once again, Sacks writes about his former patients who, due to medical conditions, perceived time, movement, and moments differently, thus suggesting alternative interpretations of these ideas.

In the final piece, Sacks writes about how ideas and scientific discoveries have often been forgotten, neglected, or outright rejected before gaining their rightful place in the intellectual canon. He provides several examples of this throughout history, in order to reflect on the question of "What makes an observation or a new idea acceptable, discussable, memorable?" (205). Sacks concludes that ideas are "like living creatures, [and] may arise and flourish, going in all directions, or abort and become extinct, in completely unpredictable ways" (216).

More summaries and resources for teaching or studying The River of Consciousness.

The River of Consciousness from BookRags. (c)2022 BookRags, Inc. All rights reserved.