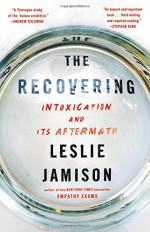 The Recovering: Intoxication and Its Aftermath Summary & Study Guide

Leslie Jamison
This Study Guide consists of approximately 120 pages of chapter summaries, quotes, character analysis, themes, and more - everything you need to sharpen your knowledge of The Recovering.

The Recovering: Intoxication and Its Aftermath Summary & Study Guide Description

The Recovering: Intoxication and Its Aftermath Summary & Study Guide includes comprehensive information and analysis to help you understand the book. This study guide contains the following sections:

This detailed literature summary also contains Topics for Discussion on The Recovering: Intoxication and Its Aftermath by Leslie Jamison.

The following version of this book was used to create the study guide: Jamison, Leslie. The Recovering: Intoxication and Its Aftermath. Little, Brown and Company, 2018.

In this nonfiction work, Leslie Jamison combines personal memoir, cultural history, and literary analysis to capture the contradictions and complexities of addiction. She subverts the traditional recovery memoir by giving us a tapestry of recovery stories and framing her story alongside other stories. Jamison interweaves her own story of drinking in Iowa City with the stories of famous writers who drank before her: Raymond Carver, John Berryman, Denis Johnson, Jean Rhys, and David Foster Wallace, to name a few. She also explores the deeper political complexities at work in America's cultural narrative of addiction, from Billie Holiday, who died handcuffed to a hospital bed, to Seneca House, a little ramshackle fishing hostel that was converted into an all-volunteer run rehabilitation center on the banks of the Potomac in the seventies, to the tale of a young woman named Marcia Powell who was an addict who died from heat exhaustion when she was being held prisoner in a holding cage in an Arizona desert.

At the same time, she analyzes other authors' writings and moments in history related to addiction, Jamison takes us on her own journey as a young woman hiding her secret of alcoholism. She transports us to Harvard, where she first blacked out as an undergraduate while attending a party for the school's literary magazine. Then we follow her to Iowa City, where she pursued Fiction at the Iowa Writers' Workshop and followed along the footsteps of the mythical, white male writers who had come before her. From there she goes to Nicaragua, where she drinks and sleeps around and comes to realize the extent of her dependence on alcohol. After that, she moves in with her ailing grandma, her brother, and his wife, and begins her first novel, The Gin Closet, about a young woman and her reclusive, alcoholic aunt.

Jamison then pursues her doctoral degree at Yale, where she falls in love with a handsome, charming poet named Dave. When he gets accepted into the Iowa Writers' Workshop, she finds herself back in the land of drunk, magical mythos, drinking wildly again. However, to her disappointment, Dave barely drinks. Jamison starts moderating her alcoholic intake around Dave. Finally, after months of hiding, she comes clean to him and starts attending AA meetings. It is not until they move back to New Haven and Jamison begins her second period of sobriety that she is able to take AA seriously, and commit to the process of healing.

Through the help of AA, Jamison comes to realize that alcohol was never about power. On the contrary, it made her feel powerless. With the help of her new friends in AA, she starts to practice self-compassion and recognize some of the things in her life she was using alcohol to escape from. Jamison gradually switches her writing focus from fiction to reportage. She starts interviewing people with lives far different from her own. She travels across the country visiting people and hearing their stories. By immersing herself in the lives of others, Jamison comes to realize the joys possible in a sober existence. She is also more honest with herself. Even though she loves Dave, she knows it is time to move on. He is not there for her emotionally in the way she needs. It is time to move on to the next phase of her life see what the world has in store for her. She is through with hiding and the fantasy of a drunken, writerly life that is nothing more than an escape. She is ready to let go, accept the discomforts and joys of life on its own terms, and face the unknown.

More summaries and resources for teaching or studying The Recovering: Intoxication and Its Aftermath.

The Recovering: Intoxication and Its Aftermath from BookRags. (c)2022 BookRags, Inc. All rights reserved.