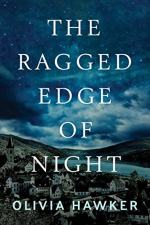 Olivia Hawker
This Study Guide consists of approximately 84 pages of chapter summaries, quotes, character analysis, themes, and more - everything you need to sharpen your knowledge of The Ragged Edge of Night.

The Ragged Edge of Night Summary & Study Guide includes comprehensive information and analysis to help you understand the book. This study guide contains the following sections:

This detailed literature summary also contains Quotes and a Free Quiz on The Ragged Edge of Night by Olivia Hawker.

The following version was used to create this study guide: Hawker, Olivia. The Ragged Edge of Night. Seattle: Lake Union Publishing, 2018. The novel takes place in a small town in World War II Germany. It follows the story of Anton Starzmann, a former friar, as he marries a widow with three children. He and his wife do what they can to both protect their families and act in defiance of the Nazi regime.

Chapters 1 - 6 include the entirety of Part 1. Chapter 1 starts with the protagonist Anton Starzmann on the train to Unterboihingen, Germany, in September 1942. He arrives and in Chapter 2 unloads his trunks, packed with musical instruments. In Chapter 3 Anton meets Elisabeth. He has answered her advertisement - which asked for a husband and father for her three children. In Chapters 4 - 6, Anton gives Elisabeth time for reflection to consider their union. He considers his former life as a friar, and seeks counsel from Father Emil. He hears the town’s church bells, and the children show him the stork on the top of the bell tower. Part 1 ends with a prayer from Anton about his new life.

Chapters 7 - 9 start Part 2 and takes place on October 2, Elisabeth and Anton’s wedding day. Their wedding is simple, at the church, and the party afterwards in their orchard. That night the couple goes to bed without touching each other, part of their agreement. In Chapter 10, they go to the market and trade their eggs, and Anton spies Elisabeth giving away food for a Jewish family in hiding. In Chapter 11 Anton goes to the church to consult with Father Emil about work. Father Emil offers him a job playing the church organ, and gives him the names of families who would like music lessons.

In Chapter 12, Elisabeth discovers Anton’s instruments hidden in the shed. She asks him to sell them, but he refuses. Anton thinks about how the SS had taken the children at his school to death camps. In Chapter 13 Elisabeth and Anton reconcile and talk about music. In Chapter 14, a few days before Christmas, the family walks to Church but have to hide in the cellar to avoid the planes flying above that bomb nearby Stuttgart.

Chapters 15 - 18 make up all of Part 3. In Chapter 15, Father Emil approaches Anton about carrying messages for the resistance between towns, and Anton accepts. In Chapter 16, Anton completes his first assignment, and learns he is part of an assassination attempt of Hitler. In Chapter 17, Anton lies to Elisabeth that he is selling the instruments to cover for the extra money he is bringing in for the messages. He finds the boys playing with a grenade in a field nearby, and takes it away. In Chapter 18 he completes another assignment, learning he is part of the so-called “Red Orchestra” (165). On his way home he finds Maria skipping school and cutting up books in a nearby house. Elisabeth also tells him that the town gauleiter has approached her for sex but she has refused. Part 3 ends with Father Emil and Anton wondering what they can do about it.

Chapter 19 begins Part 4. Elisabeth thanks Anton for selling the instruments (which he has not done). In Chapter 20, Anton finds the boys foraging for potatoes in the neighbor’s fields for extra food. In Chapter 21, Mobelbauer finds Anton and commands him to start a Hitler Youth program. In Chapter 22, Elisabeth realizes Anton has not sold the instruments; that he is participating in the resistance, and tries to leave him, but Anton plays her favorite song and she comes back. In Chapter 23, Anton meets with Mobelbauer and suggests instead of a Hitler Youth League, they should have a boys’ band - he already has the brass - and Mobelbauer agrees.

In Chapter 24, Anton begins teaching his band. In Chapter 25, Anton misses Maria’s First Communion to carry a message, and learns about the refugee Egerlanders. In Chapter 27 the town gathers to decide whether or not to take in the refugees, and decide to accept them after Elisabeth’s urging. In Chapter 28 the families have arrived, Elisabeth and Anton host a mother (Frau Hornik) and two children but Mobelbauer causes a scene in the middle of the town market, confronting two refugees. The part ends with Elisabeth and Anton turning him out, but knowing they are at risk.

Chapter 29 begins Part 5. Father Emil tells Anton the resistance is close to killing Hitler. In Chapter 30, the family says goodbye to the Hornik family. In Chapter 31, Anton learns that Herr Franke suspects him of treason and he has to lie low. He tells Elisabeth the danger, and reveals his story about St. Josefsheim. She urges him to stay out of it, and tells him her own story of her first husband and marriage.

In Chapters 32 and 33 the band practices outside the church, but one day soldiers emerge from the hidden tunnel. In anger at Anton and the situation, Mobelbauer shoots the stork on top of the church. In Chapters 34 and 35 the family celebrates Christmas and Anton worries about the Red Orchestra. In Chapter 36 Anton learns that the SS plan to take the church bells, and he sends Elisabeth and the children away to live with his sister to protect them, since he plans to defy the SS. In Chapters 37 - 39 Anton and Father Emil bury the bells. In Chapter 40 the SS come to the town to confiscate the bells, but Anton and Father Emil lie, claiming the bells had already been taken. In Chapter 41, Anton and Elisabeth awaken to find their children and Anita outside with the news that Hitler is dead. The book ends as the town digs up the church bells and Elisabeth tells Anton she is pregnant.

More summaries and resources for teaching or studying The Ragged Edge of Night.

The Ragged Edge of Night from BookRags. (c)2022 BookRags, Inc. All rights reserved.