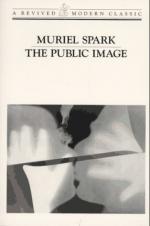 Annabel becomes attached to her public image as the English Lady-Tiger because her career revolves around this image. This image originated with her first film success and all of her subsequent film roles exploited this image. Annabel recognizes the importance of her public image to her career and she is prepared to do everything in her power to preserve it.

After her husband Frederick commits suicide, Annabel realizes that her public image is in jeopardy. All of her...