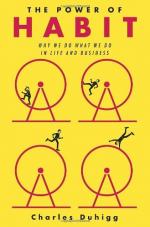 The Power of Habit: Why We Do What We Do in Life and Business - 8. Saddleback Church and the Montgomery Bus Boycott Summary & Analysis

Charles Duhigg
This Study Guide consists of approximately 25 pages of chapter summaries, quotes, character analysis, themes, and more - everything you need to sharpen your knowledge of The Power of Habit.

8. Saddleback Church and the Montgomery Bus Boycott Summary and Analysis

The Montgomery Bus Boycott was begun by Rosa Parks, and changed the nature of the civil rights movement. She was not the first person jailed for refusing to give up her seat, however. Parks was a very respected woman in her community, and had friends in many different organizations and social circles. Her imprisonment brought the community together and inspired them to boycott the bus system.

A related study of how men found their employment discovered that they often found employment from friends of friends, or, as the study called them, "weak ties."

Nine years after Rosa Parks' arrest, hundreds of young people travel to help register black voters in the South. Some of them are killed, and many who were accepted into the program decline to actually go...

(read more from the 8. Saddleback Church and the Montgomery Bus Boycott Summary)

More summaries and resources for teaching or studying The Power of Habit: Why We Do What We Do in Life and Business.

The Power of Habit: Why We Do What We Do in Life and Business from BookRags. (c)2022 BookRags, Inc. All rights reserved.