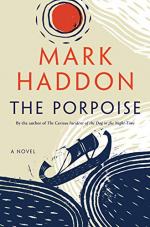 Mark Haddon
This Study Guide consists of approximately 37 pages of chapter summaries, quotes, character analysis, themes, and more - everything you need to sharpen your knowledge of The Porpoise.

The Porpoise Summary & Study Guide includes comprehensive information and analysis to help you understand the book. This study guide contains the following sections:

This detailed literature summary also contains Quotes and a Free Quiz on The Porpoise by Mark Haddon.

The following version of this book was sued to create this study guide: Haddon, Mark. The Porpoise. New York: Doubleday, 2019.

The novel opens near the present day. Maja, a well-known actress, is almost nine months pregnant when an airplane she is on crashes. She does, but medical responders are able to save her unborn child. Maja’s husband, Philippe, is very wealthy. He grieves for Maja’s death but is glad that the baby survives. He names the baby Angelica. He relocates himself and the baby to Cavaillon, France. A few years later, he begins sexually abusing Angelica and eventually begins raping her frequently. He uses his money and influence to help keep the abuse secret. One day, when Angelica is in her teens, Phillipe attacks a young man named Darius who deduces the history of abuse. Darius flees the country, fearing that Philippe will use his connections to send someone to kill him.

The novel then transitions back in time by at least 2,000 years, although the exact timeframe is unclear. The narrative focuses on Pericles—the fictional character from the play Pericles, Prince of Tyre. In the world of the novel, this Pericles was apparently a real person. After exposing the secret that the king of Antiochus was having an incestuous relationship with his daughter, Pericles flees, and the king sends an assassin after him. Pericles manages to evade the assassin, although the assassin kills one of the crewmembers of Pericles’ ship. Later, the ship wrecks in a storm, and Pericles is the only survivor. Pericles goes to Pentapolis, where he falls in love Chloe, the princess of Pentapolis. They marry. The king of Antiochus dies, and the assassin ceases the pursuit of Pericles.

Chloe gives birth to a daughter but appears to die in labor. Her body is sealed in a coffin and cast to the sea. Pericles gives the baby, Marina, to the king and queen of Tarsus before resuming his life of wandering the world. Chloe, who was not actually dead, awakes in the coffin. She eventually washes ashore near a distant village. She decides to live there in peace and anonymity. About 14 years pass, and the queen of Tarsus sends a man to kill Marina, as Marina has become smarter and more beautiful than the queen’s own daughter. Marina flees and eventually finds herself in the same village as Chloe. Pericles also arrives at this village by chance, and the three of them reunite.

The narrative occasionally shifts focus back to Angelica, who refuses to speak or eat in the months following Darius’ visit. Philippe has a doctor insert a feeding tube into Angelica. Philippe and Angelica eventually both die due to a house fire. The narrative also occasionally shifts focus to George Wilkins, the man who collaborated with William Shakespeare on the play Pericles, Prince of Tyre. Wilkins dies of disease and is guided to the afterlife by the ghost of William Shakespeare.

More summaries and resources for teaching or studying The Porpoise.

The Porpoise from BookRags. (c)2022 BookRags, Inc. All rights reserved.