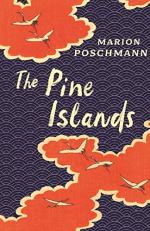 This detailed literature summary also contains Quotes and a Free Quiz on The Pine Islands by Marion Poschmann.

The following version of this book was used to create this study guide: Poschmann, Marion. The Pine Islands. London: Serpent's Tail, 2019.

German professor Gilbert Silvester woke up from a vivid dream about his wife, Mathilda, being unfaithful to him, and believed the dream to be true. He angrily confronted his wife, and then impulsively drove to the airport and booked a flight to Tokyo. On his way to Japan, Gilbert contemplated all of his personal and professional frustrations and disappointments. Gilbert's academic focus was the symbolic and religious significance of the beard, and he believed he had been surpassed by colleagues who were less intelligent, but more charismatic and better at networking. Upon arriving in Tokyo, Gilbert bought a book in the airport, a travelogue written by the Japanese poet Bashō about his 1689 pilgrimage. Gilbert checked in to his hotel and then began wandering through Tokyo. He encountered a young man in a train station, who was obviously about to jump onto the tracks. Gilbert calmly talked the man out of killing himself, and the two men returned to Gilbert's hotel together. The young man, Yosa Tamagotchi, was a student, and he was suicidal because he believed his unexceptional exam scores would cause him to be a disappointment to his parents. Gilbert began reading Bashō's travelogue, and decided to recreate the poet's pilgrimage.

Gilbert agreed to accompany Yosa to a nearby residential neighborhood called Takashimadaira, and the two men climbed to the top of a tall building. Gilbert wrote a letter to Mathilda about Bashō, and then convinced Yosa not to jump from the roof, explaining that this was an inappropriate location for his suicide because it was ugly and it smelled terrible. He offered to let Yosa accompany him on his pilgrimage. First, Yosa wished to go to Aokigahara, a forest outside of Tokyo well-known as a site where many people commit suicide. Once more, Gilbert managed to talk Yosa out of killing himself, but they got lost and had to spend the night in the forest. Yosa told Gilbert that the people who die in Aokigahara return as vengeful spirits. Gilbert was annoyed by this statement, but then felt guilty for being short with Yosa and tried to distract him with a conversation about beards. Yosa began to cry. Yosa had a beard, but it was fake, because he was unable to grow facial hair. He wore it because he had always been teased for looking too feminine, and because he believed it would prevent him from being hired by potential employers. He was so insecure and frightened of being judged, he felt it would be better to be dismissed because of a beard rather than some other, more significant inadequacy. Gilbert recalled a trip he took with Mathilda through the United States, where they hoped to watch the leaves change in the fall. Everywhere they went, the leaves had not yet changed, and they quarreled the entire time. The two men made their way out of the forest in the morning and returned to Tokyo. Gilbert wrote another letter to Mathilda, and Yosa suggested they attend a kabuki performance.

Though he was reluctant to attend at first, Gilbert found himself moved by the kabuki performance, and it began to shift his mode of thinking. Yosa told Gilbert about the only date he had ever been on. He had been uncomfortable the entire time, and when he kissed the woman at the end of the night, she turned into a fox. Gilbert was annoyed once more, but rather than snapping at Yosa, he encouraged him to continue his story. The two men then visited the Imperial Palace Gardens, and Gilbert admired the pine trees there. Gilbert wrote another letter to Mathilda, and the two men left Tokyo en route to Sendai, where they would take a train to Matsushima on the Pine Islands, the final destination of the pilgrimage. However, when Gilbert exited to the train in Sendai, he realized Yosa was no longer behind him. After searching the train station, Gilbert continued on to Matsushima alone.

In another letter to Mathilda, Gilbert explained that he had lost Yosa, but that he was going to stop in Shiogama on the way to Matsushima to look for him. Shiogama is known for its scenic cliffs, and Gilbert became panicked that Yosa might have thrown himself from one of these. When he found no sign of his young companion, Gilbert once more set out for Matsushima.

Upon arrival, Gilbert checked into a hotel and learned that Yosa had not arrived before him. He proceeded out to the pine-clad bay, the most beautiful spot in Matsushima, and admired the scenery. He fell asleep and dreamt that Yosa came to him and stated that he had been dead for many years, and that he needed Gilbert to deliver a letter to his parents. Gilbert woke and returned to his hotel. As he neared the front door, he could see Yosa's gym bag inside, but by the time he entered, the receptionist had carried the bag away and no one was in the lobby. Gilbert went to his room and turned on the television, where he watched a news story about the changing of the maple trees' leaves all across Japan. He decided to call Mathilda to ask her to meet him in Tokyo.