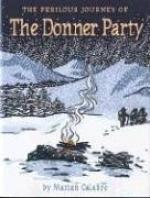 The Perilous Journey of the Donner Party - Chapter 9 Summary & Analysis

Three months after the ordeal, Virginia Reed composed a letter to a cousin named Mary Keyes back in Springfield. She told of the entire series of events, and the letter became a valuable record for historians. Virginia Reed did not tell of her father's murder of Snyder, and she downplayed her own suffering. She was matter-of-fact about the cannibalism, though she was swore that no member of the Reed family ever cannibalized. This would become important later, as the "cannibal" stigma was a severe one.

Four months after the ordeal, the U.S. Army sent troops to clean up the scene. Troops were horrified at the various body parts and bones. They dug a mass grave for the remains.

Virginia's letter, along with an account written by William Eddy, soon were reprinted in a few newspapers, including The California Star. Within...