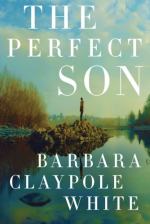 Barbara Claypole White
This Study Guide consists of approximately 49 pages of chapter summaries, quotes, character analysis, themes, and more - everything you need to sharpen your knowledge of The Perfect Son.

This detailed literature summary also contains Quotes and a Free Quiz on The Perfect Son by Barbara Claypole White.

Ella Fitzwilliam is the wife of Felix Fitzwilliam, and together they have a son, Harry Fitzwilliam. With Harry's Tourette's diagnosis the two parents have established separate roles. Felix is the breadwinning workaholic, and Ella the helicopter parenting wizard, always there for Harry. When she suffers a heart attack Felix and Harry are left alone, presenting a new challenge for Felix.

At first there is a battle of wills, as Harry's tics and boundless energy prove too much for Felix. He is unable to accept his son for who he is despite his own troubled past. Somewhat unwelcome, the presence of Ella's friends Katherine and Eudora provide new points of view and perspective that begin to open Felix up to who he is and greater acceptance of his son. Felix is able to see the world through their eyes and relate to different aspects of their lives. He finds the ability to open up to his son about his abuse as a child as well as the death of his homosexual brother Tom to AIDS.

Ella begins her path to recovery, one that sends her home and back to the hospital and finally settling in her house waiting for a heart transplant. Her condition worsens to stage four and she is constantly battling depression and anxiety that she will not be able to care for her son, that Felix will not be able to take over for her effectively enough. Felix struggles with this side of Ella as he is racked with insecurity about her willingness to stand by his side as a wife. He questions why that is.

Harry flourishes in his new found independence, meeting a girlfriend, Sammie, who accepts him for who he is. He believes himself to be in love, and at the perfect time in his life right when his mother is no longer able to take care of him, he finds a new individual to take up all of his attention.

Over the course of the novel the relationship between Felix and Harry grows to the degree that Harry takes a flight to Boston to visit Harvard with his friend Max. This is his big chance to earn his father's pride and he succeeds up until an altercation with a student and campus security sends him to the hospital. Felix races to Harry's aid and has a crisis of fatherhood on the plane ride that causes him to realize that he has OCPD (obsessive compulsive personality disorder). He arrives at the hospital and admits his own issues to Harry, expresses his pride of Harry and resolves the situation.

They return from Boston and Ella passes away, leaving Harry and Felix in a great position to succeed as a father/son team.

More summaries and resources for teaching or studying The Perfect Son.