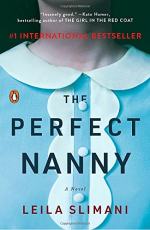 Leila Slimani
This Study Guide consists of approximately 36 pages of chapter summaries, quotes, character analysis, themes, and more - everything you need to sharpen your knowledge of The Perfect Nanny.

This detailed literature summary also contains Quotes and a Free Quiz on The Perfect Nanny by Leila Slimani.

The novel begins with the omniscient narrator telling the reader that two children were found dead in an apartment in Paris. Their mother came home early from work that day to surprise them, and found her son dead, her daughter dying, and their nanny in a coma after having tried to kill herself after what she did to the children. In the next chapter, time jumps backwards and Myriam and Paul are looking to hire a nanny for their children. Myriam has been a stay-at-home mother since her daughter Mila was born, but she is bored and wants to start working as a lawyer, like she went to school to do. They interview a few women, but decide on Louise because she is white, elegant, and charming. The children love her. They call the Rouviers, who Louise has listed as previous employers, and they tell them that she is the best nanny, so they hire her. Louise wakes up early for work and cleans her whole house, breaking her nail in the process. She fixes her nail and goes to work. She transforms the house and the couple’s lives. She tames Mila by telling her scary stories and rearranges the apartment so it is bigger and more elegant. All of their friends are jealous. Myriam starts excelling at her job, and, though she feels guilty about spending so much time away from her children, she does not let this deter her.

Louise throws Mila a fabulous birthday party. Myriam comes home early but watches the games from a distance while she works on her computer. She admires the way Louise plays with the children. Louise’s favorite game is hide-and-go-seek. She disappears and watches as the children cry and beg for her to return. One day, Mila finds her hiding spot and teases her. Louise jumps up and knocks the girl down to the floor, hitting her head on the tile. Louise begins spending more and more time at the apartment. She starts sleeping over a few times a week so that the couple can go out with friends. Paul gets a contract with a famous musician, and they celebrate with a dinner party. He invites Louise to come on vacation with them. They all go to Athens together and then take a boat out to a quaint island. Mila tries to make Louise take her swimming, but the nanny pushes her away and yells at her. Myriam and Paul witness this. Louise admits to them that she does not know how to swim. Paul takes it upon himself to teach her.

The three go out to dinner together one night and get drunk. Paul and Myriam leave together and Louise imagines them alone together in their room. When they get back home, Louise goes to her apartment for the weekend and hopes they will call and invite her out to dinner, but they do not. One day, she takes the children to the park and Mila runs away. Louise squeezes her tightly and threatens her not to ever run away again, and Mila bites Louise. Winter comes along and the children get bored. Louise entertains Mila by putting makeup on her. Paul comes home early and sees this and yells at Louise. Louise starts taking the kids to the park during the winter. She befriends a young nanny named Wafa.

Myriam notices bite marks on her son while she is bathing him. She shows them to Louise, who blames them on Mila. As proof, she shows Myriam the bite Mila gave her in the park. Paul and Myriam take the children to his mother’s house on vacation. Louise is upset. She sneaks into their apartment and lives there while they are gone. One day, Wafa comes over and cooks Louise dinner. She invites her to her wedding, and introduces her to a man named Hervé. When Myriam and Paul return, they get a letter from Louise’s debtors, informing them that they must garnish her wages to pay the debts. They are annoyed and they yell at her. She goes home and does not come to work the next day. She tells them she is too sick. They hire a college girl who does a terrible job and leaves the house a mess. Louise stays home for three days and goes to the doctor, who diagnoses her with delirious melancholia. She goes back to work and everyone is delighted to see her.

One day, Louise finds a chicken that Myriam threw away in the trash. She takes it out and has the children eat it. She tells them it is a game and gives them candy at the end. She leaves the chicken on the table for Myriam. Myriam wants to fire Louise, at first, but then she second guesses herself and thinks that it might be her fault for not being sensitive to Louise’s financial problems. Louise goes out with Hervé and sleeps with him. She gets obsessed with the idea of Myriam having another child. Her landlord comes over and tells her she must leave in a month because she has not paid her rent. She continues to try and get Myriam pregnant. One day, she takes the children out to dinner so that the couple can spend time alone, and she is devastated when she comes back and finds Paul alone on the couch. She gets very depressed and spends all her time alone in the apartment with the children, watching television and thinking horrible thoughts about the children. The narrator shows us the last day the family spends together before the murder, and then, in the last chapter, the police captain, Nina Dorval, lies awake thinking about the crime and trying to figure out why Louise did what she did.

More summaries and resources for teaching or studying The Perfect Nanny.