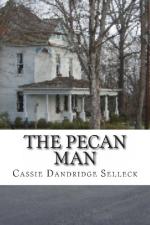 Racism is an important theme in the novel “The Pecan Man” by Cassie Dandridge Selleck. Racism is the hatred, mistreatment, or mental state of another based on that individual’s skin-color and race. Racism, and racial attitudes, appear in many ways in the novel, with each one of them affecting the plot in various ways. Some instances of racism are terrible and vile, while others are a source of conditioning and natural assumptions.

Although Civil Rights have been achieved in the United States by the mid-1970s, remnants of racism persist in the Southern town of Mayville, Florida. When Ora hires Eddie, a black man to tend to her lawn and garden, some of the neighbors become distressed by the fact that he is a black homeless man. As Eddie becomes part of the area’s routine, most drop their opposition to him.