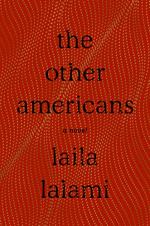 The Other Americans Summary & Study Guide

Laila Lalami
This Study Guide consists of approximately 43 pages of chapter summaries, quotes, character analysis, themes, and more - everything you need to sharpen your knowledge of The Other Americans.

The Other Americans Summary & Study Guide includes comprehensive information and analysis to help you understand the book. This study guide contains the following sections:

This detailed literature summary also contains Quotes and a Free Quiz on The Other Americans by Laila Lalami.

The following edition of this book was used to create this study guide: Lalami, Laila. The Other Americans. Pantheon Books, 2019. Hardcover.

Nora, an aspiring composer in her twenties who lives in Oakland, learns that her father, Driss, has been run over by a car and killed in an apparent accident, back in Nora’s hometown in the Mojave Desert of California. Nora returns home to be with her family during the grieving process, which is complicated by the fact that Maryam, her mother, disapproves of her chosen profession, and is unafraid of voicing her opinions. Maryam and Driss had immigrated to the Mojave Desert from their home in Morocco after their pleasant lives in their early marriage were disrupted by sudden political violence. While at home, Nora reconnects with Jeremy Gorecki, a quiet and introverted police officer who had a crush on her during their days together in the high school band. As Detective Erica Coleman begins investigating the case involving Driss, Nora confidently believes that it was not an accident, despite a lack of evidence. Meanwhile, a local immigrant named Efraín Mendez, who witnessed the accident while bicycling home from work, refrains from going to the police out of fear that he will be deported as part of the process of being entangled in the legal system.

Nora temporarily lives in a small cabin that her father Driss had rented. She learns that her father had taken out a life insurance policy that will now reward her $250,000, which inspires the jealousy of Maryam and Nora’s older sister, Salma. Nora also learns that her father had begin carrying on a passionate affair with a local woman named Beatrice Newland, and in fact owed thousands of dollars towards an engagement ring at the time of his passing. Nora begins working in her father’s diner, which he had been walking outside of at the time of the accident. Nora and Jeremy begin to have a full-blown romance, to the delight of Jeremy. However, Nora harbors concerns about Jeremy’s underlying aggression, which simmers to the surface via his friendship with the volatile Bryan Fierro, his fellow veteran of the Iraq War. Nora uses some of her father’s money to offer a reward about information related to the case. Detective Coleman makes a breakthrough when she realizes that a library down the street from the accident has security cameras. Matching a description of the car to the footage, Coleman discovers it is driven by Anderson Baker, an elderly man who owns a bowling alley right next door to Driss’ diner, who had previously been verbally abusive to Driss. At Anderson’s arraignment, Nora is haunted to see his son, A.J., who had bullied her in high school.

Fierro decides one night to spy on Jeremy and Nora while they make love in the cabin owned by Driss. Jeremy, who sees the silhouette outside, sneaks up on the figure and tackles it and, upon seeing it is Fierro, begins punching him repeatedly. Nora, disturbed by seeing Jeremy’s sudden explosive violence, breaks up with him. Nora shortly returns to Oakland and learns that she got accepted into a prestigious composition festival in Boston. Maryam is nonplussed by the news, and when Nora goes to Boston she is repeatedly mistreated by the elderly white patrons, on account of her race. Back in the Mojave Desert, Jeremy pulls over A.J. Baker while on duty, for what Jeremy knows to be the flimsy excuse of A.J.’s exhaust-spewing muffler. However, Jeremy then discovers that A.J. is driving on an expired license. At the police station, Detective Coleman takes over, angry at Jeremy for letting his emotions towards Nora lead him towards making the arrest. When Detective Coleman pleasantly tries to sort out the scenario with A.J., however, he repeatedly calls her a racial slur. Coleman goes to the Baker house, where A.J. has been living with Anderson and his mother, Helen. Helen is at her mailbox when Coleman arrives, and after a short conversation it is quickly obvious that A.J. was driving Anderson’s car and performed the hit-and-run on Driss. Nora moves to the Mojave Desert from Oakland, and reconnects with her mother on the drive down in the moving truck on the unlikely subject of Driss’ affair, which Maryam had already known about. After years in the legal system, A.J. is finally sentenced to jail, and Nora feels at home in the Mojave Desert for the first time.

More summaries and resources for teaching or studying The Other Americans.

The Other Americans from BookRags. (c)2022 BookRags, Inc. All rights reserved.