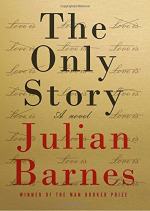 The Only Story Summary & Study Guide

Julian Barnes
This Study Guide consists of approximately 33 pages of chapter summaries, quotes, character analysis, themes, and more - everything you need to sharpen your knowledge of The Only Story.

The Only Story Summary & Study Guide includes comprehensive information and analysis to help you understand the book. This study guide contains the following sections:

This detailed literature summary also contains Quotes and a Free Quiz on The Only Story by Julian Barnes.

The following version of this book was used to create this study guide: Barnes, Julian. The Only Story. New York: Alfred A. Knopf, 2018.

The Only Story, by Julian Barnes, opens in the 1960s in a suburban English town. Paul Roberts is a 19-year-old boy living with his parents during a summer off from college. He joins the local tennis club, where he meets Susan Macleod, a 48-year-old married woman. Paul and Susan soon develop a secret romantic relationship. Susan introduces Paul to her close friend Joan. Paul enjoys Joan’s frank manner of speaking. Paul also meets Susan’s husband Gordon. Paul does his best to develop a good rapport with Gordon, who drinks and seems sometimes misanthropic. Paul knows that Susan and Gordon have not engaged in physical intimacy for almost 20 years.

Paul and Susan continue to keep their relationship a secret even as their love intensifies. Susan becomes the central focus in Paul’s young life. As their relationship grows more evident, Paul and Susan are expelled from the tennis club. Paul realizes that love is antithetical to all other concerns of practicality in life, and he does not care, for his devotion to Susan merely grows. Paul eventually discovers that Gordon is an alcoholic who often beats Susan. After Paul graduates from college, he and Susan move to London to live together. Paul leaves a note for his parents that explains the situation.

Susan pays for a small house in London in which she and Paul proceed to reside. Paul decides to study law. Paul urges Susan to divorce Gordon, but Susan is unable to bring herself to do so. Susan does not wish to confront the long history of abuse she suffered at Gordon’s hands, and she does not wish to speak of the abuse in court. Eventually, Paul discovers that Susan has developed a drinking problem, and the drinking problem soon develops into alcoholism. Paul urges Susan to stop drinking, but Susan is unable to stop. Paul finds that he is unable to help her in any effective way. Susan’s general mental state begins to decline, apparently due to the excessive alcohol consumption.

Susan’s mental health continues to deteriorate. Paul attempts to help her by having her see a psychiatrist and by checking her into a hospital. Unfortunately, neither of these measures prove to be effective. Susan eventually begins suffering from major delusions and severely decreased mental faculties. Paul moves out of the house where he was living with Susan, and he has a friend look after Susan. Paul dates another woman for a few months, but the relationship eventually fails. Paul moves back in with Susan to take care of her. A few years later, Susan’s daughter Martha agrees to take over the responsibility of looking after Susan.

Paul, having abandoned the study of law, becomes a professional office manager. For the rest of his life, he devotes much effort to remembering as many aspects about his relationship with Susan as possible. He never has another long-term relationship; he never marries; and, he never has children. In his later years, he settles into a life of quiet routine, contemplating the many contradictions of love, including both the fulfillment and the suffering it presents.

More summaries and resources for teaching or studying The Only Story.

The Only Story from BookRags. (c)2022 BookRags, Inc. All rights reserved.