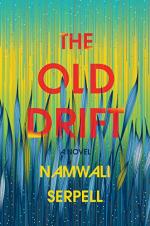 Namwali Serpell
This Study Guide consists of approximately 51 pages of chapter summaries, quotes, character analysis, themes, and more - everything you need to sharpen your knowledge of The Old Drift.

This detailed literature summary also contains Quotes and a Free Quiz on The Old Drift by Namwali Serpell.

The following version of this book was used to create the guide: Serpell, Namwali. The Old Drift. Hogarth, 2019.

Serpell’s The Old Drift is divided into five parts: "The Falls," "The Grandmothers," "The Mothers," "The Children," and "The Dam." It begins with an untitled prologue narrated in the plural first person in the present tense. This prologue narrates Dr. Livingstone’s so-called discovery of what would later become Zambia during his search for the source of the Nile river. The prologue is succeeded by the first section, "The Falls." "The Falls" is narrated in the singular first person by Percy Clark, a British man who goes to Rhodesia (the colonial name for what is now Zambia) to explore. He first starts in a settlement called The Old Drift, and later ends up in Victoria Falls Town with his wife Kate. The section concludes with a narration in the plural first person reflecting on the evolution of “Ye Olde Drifte” and the unforeseen consequences of Percy’s actions in Rhodesia (19).

"The Grandmothers" has three chapters, named after their protagonists: "Sibilla," "Agnes," and "Matha."

Sibilla’s chapter begins at her birth in 1939 and follows her life from her youth as a servant in Italy to her married life in Rhodesia. Sibilla has hair which grows over her whole body, making her appear monstrous to local youth and, ultimately, makes her an attractive form of entertainment at her employer’s house parties, where she meets her future husband. The chapter concludes with Sibilla standing in solidarity with the Tonga people protesting their forced relocation due to the building of the Kariba Dam.

Agnes is an English tennis star whose chapter begins after she becomes inexplicably blind. She falls in love with Ronald, a Rhodesian scholar who spends a semester at her parents’ estate. They eventually make their way to Rhodesia after Agnes' family disapproves of their relationship. The country gains independence and is renamed Zambia during this chapter.

Matha’s chapter describes her following in her mother’s footsteps to become a revolutionary, learning from her mother’s mentor Edward Nkoloso. However, her work is cut short when the revolutionary school is shut down after she becomes pregnant from another revolutionary, Godfrey, and is cast out by her family. She ends up in Kalingalinga, a slum in Lusaka, Zambia's capital city, where she lives with her cousin Grace. Matha is so distraught over her abandonment by her family and Godfrey that she begins to cry incessantly, to the point of being considered cursed.

"The Mothers" is also divided into three chapters: "Sylvia," "Isabella," and "Thandiwe."

Sylvia is the daughter of Matha. Grace takes Sylvia to live with her aunt Cookie, who pretends Sylvia is her child and thus uses her as leverage to coerce her lover, Mr. Mwape, into continuing his relationship with her. As Mr. Mwape begins to sexually groom Sylvia, Sylvia meets another girl named Loveness who introduces her to the world of sex work. Sylvia becomes a sex worker and later starts a salon called Hi-Fly Haircuttery & Designs Ltd. with Loveness. As an adult, Sylvia begins a sexual relationship with a man named Lee, who appears to be a doctor investigating a potential vaccine or cure for HIV. Lee is the son of Agnes and Ronald. During this time, Sylvia’s son Jacob gets to know Lee’s son, Joseph, who accompanies Lee to the salon.

Isabella is the daughter of Sibilla. She falls in love with Balaji, an Indian trader in Lusaka. Isabella has four daughters, of whom the oldest is Naila. Isabella is obsessed with money and cuts off her three youngest daughters’ hair to make wigs to sell, leading Naila to gravitate more to her Nonna Sibilla.

Thandiwe becomes connected to the families through her marriage to Lee. At the end of the chapter, Thandiwe follows her son Joseph to the Hi-Fly salon. Sibilla is also there, along with Naila. The three children are sent to the backyard to play. There, Naila becomes injured, which prompts Joseph to run away in fear and accidentally run into his father in the street. Meanwhile, an overworked socket inside the salon sparks, causing an electrical fire. Thandi exacerbates the fire by kicking Sibilla’s discarded hair into the fire as the salon workers bring Naila into the salon to tend to her injuries. The section ends with all three families finally meeting as Lee and Thandi take care of Naila in the burning salon.

The Children is divided into three chapters: "Joseph," "Jacob," and "Naila."

Joseph’s chapter follows his work in an underground laboratory on a possible vaccine for HIV after his father Lee’s death. The vaccine changes the genetic structure of the human host. In this chapter, Joseph meets Naila again in university and begins a sexual and romantic relationship with her.

Jacob’s chapter follows his youth as he grows up with his grandmother Matha in Kalingalinga after his mother’s salon burns down. He becomes part of a gang which steals from the local airport, and is forced to create a microdrone for them. He eventually succeeds after modeling the microdrones after a swarm of mosquitos, leading to their name: Moskeetoze.

Naila’s section begins in 2019 as she goes to Tirupati to scatter her father’s ashes. When she returns to Lusaka, she continues her relationship with Joseph and begins a sexual relationship with Jacob. The three of them become good friends and have political discussions. Eventually, they manage to host a rally in Kalingalinga, which is disrupted by SAC (Sino-American Consortium) security forces. The SAC forces subdue the crowd through the use of a macrodrone in the shape of a giant mosquito and Jacob’s swarm of microdrones, the Moskeetoze, which forcibly inject the population with the newly-developed gene-altering HIV vaccine.

The last section, The Dam, begins at an unspecified time shortly after the Kalingalinga rally. The three youth and Mai, a Chinese woman whom Naila first encountered at the Lusaka National Registration Office, are on a boat on Lake Kariba, the lake created by the Kariba Dam. They plan to use Moskeetoze to temporarily block the dam to shut off the country’s power, and then reconnect everyone to a Bluetooth network that is separate from the government-controlled AFRINET wifi system. However, their plan fails as the Moskeetoze blocking the dam alongside unseasonal flooding due to climate change cause the dam to collapse. The Zambezi River floods the valley, leaving Lusaka to survive alone as a socialist city-state.

More summaries and resources for teaching or studying The Old Drift.