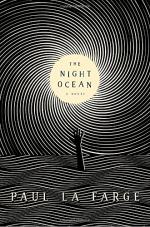 This detailed literature summary also contains Quotes and a Free Quiz on The Night Ocean by Paul La Farge.

The following version of this book was used to create this study guide: La Farge, Paul. The Night Ocean. Penguin Press, 2017.

The novel begins with the narrator, Marina Willett, explaining that her husband, Charlie Willett, has disappeared from a mental hospital and is presumed dead (though she does not believe this to be the case). For a majority of the novel, Marina recounts what led to Charlie checking himself into a mental hospital and disappearing. Charlie is an author who writes for a local paper while Marina works as a psychiatrist.

One day, through a friend, Charlie heard rumors about a relationship that occurred between famous horror author H. P. Lovecraft and a male teenage fan, Robert Barlow. Charlie had always been a huge Lovecraft fan, and was immediately intrigued. While investigating, Charlie found a book called the Erotonomicon, which appeared to be Lovecraft's journal chronicling his relationship with Barlow, which was found by a man named L. C. Spinks. The journal explained the multiple trips Barlow and Lovecraft took to see each other and Lovecraft's feelings for Barlow and other young men. With this book and other research as guides, Charlie traveled to Barlow's childhood home and Mexico City where Barlow later moved to work as an anthropologist. During his trip, Charlie heard rumors that Barlow never really died as the historical records show, but instead, faked his own death.

Upon returning home, Charlie found an R. Barlow in the Canadian Phonebook and got in contact with a man claiming to be Robert Barlow, who said he had taken the name L. C. Spinks to avoid anyone finding out his true identity. Charlie traveled to Canada and listened to Spinks' version of the story. Spinks explained that he wrote the Erotonomicon, and it was mostly fictitious: he and Lovecraft really were friends, but they never had a sexual relationship, as much as Spinks wanted it to happen.

With all the information from Spinks, Charlie set out to write a book about the true story of the relationship between these men. This book, called The Book of the Law of Love, was initially very popular, and Charlie become a public figure. However, soon details about the accuracy of the information he presented in the book came into question. After some investigation, it was revealed that L. C. Spinks was not Barlow after all; Barlow was dead and Spinks made everything up. Charlie began receiving tremendous online hate as people assumed he was in on the lie. The hatred started to eat at him, and he became depressed and distant.

During this period, Marina discovered that Charlie had been having an affair with a fan of his book he met at a sci-fi convention, and she decided to leave him. Without Marina, Charlie's life spiraled even lower, to the point where he tried to take his own life. Upon Marina's suggestion, Charlie checked himself into a mental hospital, from which he promptly disappeared, seemingly into a nearby lake.

This brings us back to the beginning of the plot. After this point, Marina travels to Canada to visit Spinks herself to try to get some information that might help her locate Charlie (even though everyone else believes he is dead). Spinks tells her the story of his life over multiple days. He was born in Europe, but when he was a child, his parents were murdered. He was then adopted by the couple in Parry Sound, Canada. Almost immediately bored of Canada, Spinks traveled to New York City for a Science Fiction conference. He was originally going to just stay for a weekend, but ended up staying for years. He became friends with a group of young fantasy/sci-fi authors who called themselves The Futurians. Doris, the girlfriend of one of the Futurians, caught Spinks' eye, and he asked her to date him instead. Before anything can come of this, though, Spinks was called back to Canada because it was thought his father was having a heart attack (which turned out to just be acid reflux).

Spinks did not move back to New York, though, and eventually enlisted in the Canadian Army. Right as WWII ended, he was sent to a concentration camp in Germany to help the prisoners who were recently freed, which profoundly moved him. Soon, he moved back to Canada, and eventually back to New York, where he discovered the Futurians had disbanded and he decides to get a job working for General Electric. This job sent him to Mexico to try to sell stoves. There he met Robert Barlow and began to feel a kinship with him.

Around this point, Spinks has a coughing fit and needs to be taken to the hospital. While exploring the town around Spinks' home, Marina gets in contact with a historian who reveals that all of Spinks' stories were fabricated. Thus, Spinks lied about being Barlow and even lied about his own life. Marina confronts him, and he explains that he lied because he hated everyone. Later, Marina goes on a vacation with her family. In the final moments of the novel, she is swimming in the ocean and hears a familiar voice from the beach (presumably Charlie's).