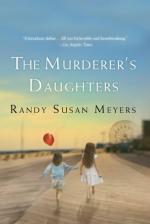 Randy Susan Meyers
This Study Guide consists of approximately 26 pages of chapter summaries, quotes, character analysis, themes, and more - everything you need to sharpen your knowledge of The Murderer's Daughters.

This detailed literature summary also contains Topics for Discussion and a Free Quiz on The Murderer's Daughters by Randy Susan Meyers.

The Murderer's Daughters is the debut novel by author Randy Susan Meyers. This novel centers around the main characters of Lulu and Merry Zachariah. When Lulu was ten and her sister five, their father murdered their mother in a drunken rage, leaving Merry with wounds to her chest and Lulu convinced that the entire episode was her fault. As the girls grow older, not only do they find themselves dealing with the fall out of their father's actions, but also with the abandonment of their remaining family and the dangers of an orphanage. As adults, the events of their childhood color nearly everything they do, including the way in which Lulu raises her daughters. The Murderer's Daughters is a novel that tells a story often overlooked by the fantastic newspaper headlines of our day and the aftermath of domestic violence.

Joe and Celeste Zachariah have always had a volatile relationship. When their children are five and ten, Joe and Celeste separate. Celeste tells her oldest daughter, Lulu, to never let her father into the house. Joey shows up at the door one afternoon and sweet talks Lulu into letting him inside. Lulu immediately regrets her actions, however, when Joey and Celeste begin to fight over money. When Celeste calls for Lulu to get help, she hesitates momentarily. Upon her return with a neighbor, Lulu finds her mother dead on the kitchen floor due to stab wounds, her sister stabbed on her mother's bed, and her father beside her with slashed wrists.

Lulu goes to live with her grandmother on her mother's side while her sister recovers from her wounds in the hospital. After a year, Lulu and Merry settle into a routine with their grandmother, but the death of their maternal grandmother leaves them at the mercy of their mother's sister, Cilla. Cilla cannot stand the idea of having the children of her sister's killer in her house and finally takes the girls to an orphanage to live. The orphanage is impersonal and the other girls filled with anger, making life their difficult for the Zachariah girls. The only bright spot for Merry is weekend visits to her paternal grandmother and biweekly visits to her father in prison.

Several years pass and the girls become more and more miserable, especially Merry who is being victimized by some girls in her age group. Lulu befriends a social worker and eventually convinces the woman to take her and Merry home. Although it seems like an ideal situation when Merry and Lulu go to live with the Cohens, in reality they are so afraid of doing something wrong and returning to the orphanage that they come to resent them. Lulu escapes the moment her chance comes, entering college and then medical school. Merry is left behind, however, and finds herself in an awkward position when Mrs. Cohen passes away, leaving her alone with Dr. Cohen.

Over the next few years, Lulu buries herself in her studies while Merry studies criminal justice and becomes a victim's advocate. Unhappy in her work, Merry begins to drink and indulges in dangerous relationships, including a love affair with a married man. As Lulu marries and settles down in a committed relationship, Merry continues to behave dangerously, including becoming a parole officer, helping dangerous criminals. Twelve years pass and little changes except for the addition of Lulu's two daughters in their lives.

Lulu refuses to tell anyone, including her daughters, about her mother and the incarceration of her father. However, when Lulu's daughters are taken captive by one of Merry's parolees, Merry has to tell the truth in order to calm the crazed man. This act allows Lulu to face some of the emotional baggage she has carried around for so many years, leading to a confrontation with her father. Merry also confronts her own demons, making changes in her life that Lulu does not necessarily agree with, but which help Merry face the future with some hope.

More summaries and resources for teaching or studying The Murderer's Daughters.