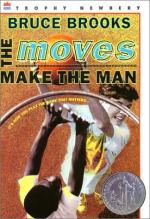 North Carolina is perceived and/or viewed as one of America's so-called Southern States, the part of the United States with the most pronounced, arguably the most entrenched, history and tradition of racism. This makes it a useful, intense setting for a story with a thematic and narrative emphasis on racism, such as this story is.

This is the small city in North Carolina where the action of the narrative takes place.

Jerome lives in a single parent home with his mother and three brothers. It is a place of refuge, peace and comfort for him, which makes Bix's mocking attitudes and actions when he comes for dinner that much more disrespectful.

In the early stages of the narrative, Jerome describes how he takes Bix's notebook, which is essentially a journal or diary, from his bedroom before Bix's stepfather can get...

The Moves Make the Man from BookRags. (c)2023 BookRags, Inc. All rights reserved.