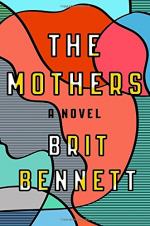 Related Topics
The Vanishing Half

Brit Bennett
This Study Guide consists of approximately 46 pages of chapter summaries, quotes, character analysis, themes, and more - everything you need to sharpen your knowledge of The Mothers.

The Mothers Summary & Study Guide includes comprehensive information and analysis to help you understand the book. This study guide contains the following sections:

This detailed literature summary also contains Quotes and a Free Quiz on The Mothers by Brit Bennett.

NOTE: The following version of this book was used to write this study guide: Bennett, Brit. The Mothers. New York: Riverhead Books. 2016.

In the aftermath of her mother's suicide, 17-year-old Nadia Turner finds herself lost in Oceanside, California, distant from the sympathy of friends and neighbors. While her father finds comfort by engaging regularly with God at the Upper Room Chapel, Nadia veers from place to place listlessly, waiting out her days before she can go away for college. While wandering about, Nadia finds herself visiting Fat Charlie's Seafood Shack regularly and spending time with Luke Sheppard, the pastor's son who had a promising football career derailed due to a leg injury. Their relationship is sweet and idyllic, with Nadia finding herself falling in love with him until she discovers she is pregnant. Luke's reaction is muted when Nadia reveals she wants an abortion. He provides the money but abandons her at the abortion clinic. After a while, she finds him at a house party where he is distant. Upset, she gets drunk and crashes her father's truck. Soon, the pastor visits the Turner home and offers Nadia a job assisting his wife at the chapel—a job she is forced to take by her father. While working there, she is treated with tempered scorn by the pastor's wife, Mrs. Sheppard, but also befriends Aubrey Evans, a quiet girl who is dedicated to the congregation and seems to have no other friends. It is revealed that Mrs. Sheppard paid for Nadia's abortion, which is her source of disdain for the girl.

As Nadia and Aubrey get close, Nadia learns that her friend lives with her sister Monique and her girlfriend Kasey because her mother has a penchant for moving around with her lovers. The last man, Paul, a police officer in Chicago, was abusive to Aubrey and her mother. Nadia is curious as to why Mrs. Sheppard cherishes Aubrey over her consistently. Luke carries regret over his abandonment of Nadia, but is beholden to his mother for providing him with the money for the abortion. As they spend more time together, Aubrey is revealed to be shy and a virgin, and Nadia decides to take her to a Cody Richardson party, where she previously confronted Luke. Aubrey gets drunk and Nadia babysits her, the former expressing her hope that Nadia will stay in contact once she leaves for university in Michigan. Before Nadia leaves the Upper Room Chapel, Luke confronts her, confessing he did want the abortion. Nadia considers telling Aubrey about her past with Luke but decides against it.

While in Michigan, Nadia feels out of place in the new environment, while also dating Shadi, a Sudanese-American who is outgoing and involved in numerous leadership positions on campus. Instead of returning home, she does a study abroad at Oxford and internships away from home during breaks. Luke tries to find some meaning in his life, aching to get back into football. He joins the Cobras, an amateur football team where he bonds with his teammates, especially Cherry. After a brief moment of intimacy, Luke is attacked by his teammates, who destroy his leg. During therapy, he is visited by Aubrey, who begins to take care of him. Gradually they begin to date, though physically Aubrey keeps her barriers. Luke proposes to Aubrey and Nadia is upset, trying to wrap her head around the issue while being accepting an offer from the University of Chicago Law School. She returns for Aubrey and Luke's wedding with Shadi, but is upset at her father for removing her mother's pictures from their house. Nadia reveals that she was intimate with Luke in the past, and Aubrey kisses a Marine named Miller while spending time with Nadia at the beach.

During a lull in the wedding, Mrs. Sheppard reveals to Nadia that it was her who gave Luke the money for the abortion. While in Chicago, Nadia has to return home when her father is critically injured while lifting weights. Aubrey begins communicating with Russell Miller, conveying her unease over being unable to conceive. Under the auspice of studying for the bar, Nadia remains with her father and they bond. Luke begins to visit under the pretense of helping Nadia’s father, and Nadia and Luke rekindle their relationship, meeting in secret. While visiting a fertility specialist with Nadia, Aubrey surmises that she is the one who Luke had an aborted child with. Breaking things off with Luke, Nadia becomes deeply involved with the church, helping the older women with their commutes and doing other chores. When Luke confronts Aubrey over her lunch with Russell Miller, she reveals that she knows about him and Nadia, and leaves as a result. She breaks off contact with both Nadia and Luke, eventually revealing to both that she is pregnant. Nadia's father learns about her pregnancy and abortion, confronting the pastor over the issue. Word spreads about the pastor's role in Nadia's abortion and the congregation's numbers dwindle as a result. Aubrey and Nadia have a terse final meeting. A news story is done on the pastor and his role in the abortion, the final nail in the coffin of Upper Room Chapel. Years later, rumors swirl about Nadia's occupation and travels, with someone from the community catching a glimpse of her years later near the chapel.

More summaries and resources for teaching or studying The Mothers.

The Mothers from BookRags. (c)2022 BookRags, Inc. All rights reserved.