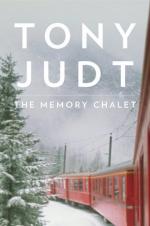 Tony Judt
This Study Guide consists of approximately 36 pages of chapter summaries, quotes, character analysis, themes, and more - everything you need to sharpen your knowledge of The Memory Chalet.

This detailed literature summary also contains Topics for Discussion and a Free Quiz on The Memory Chalet by Tony Judt.

The Memory Chalet is a collection of essays written by Tony Judt as he declines into complete paralysis due to Amyotrophic Lateral Sclerosis (ALS). ALS slowly paralyzes its victims, and at the time of the collection's publication, Judt has reached the stage of complete paralysis while retaining the ability to speak, which allows him the ability to dictate his essays. Because he cannot jot down notes with a pencil and paper, Judt has devised a mnemonic device to help him retain his memories: the memory chalet. Remembering the much beloved Swiss chalet his family frequented in the 1950s, Judt simply imagines the interior of the chalet. In his mind's eye, he walks through the various rooms, depositing bits of memories here and there - like furniture - to be recollected later, when he "walks" through the rooms again with his transcriber. This way, Judt can store and recall various memories at one time, stringing the pieces together to form essays. He admits that this is time consuming, extremely detailed, and runs the risk of being outrageously confusing, but he has nothing better to do in his spare time than rifle through his old memories, organizing them into imaginary folders.

The collection is broken down into three parts: One, Two, and Three, which seem to be divided by Judt's age. Part One focuses on Judt's childhood growing up in Putney, England. He collects tiny memories of the food he ate, the neighborhood he walked through, and, with startling detail, the train and bus lines he frequented as a child. He discusses his parents and their backgrounds, which greatly affected him as an adult discovering his self-identity. His father was a Belgian immigrant to England, who retained a taste for "European" delicacies such as camembert, good wine, and French automobiles. Judt's mother receives very little recognition in the collection except to say that she didn't really know how to cook, aside from boiling everything "to death," and that she didn't like long drives in the car. Judt talks about his Jewish grandparents (both sets of grandparents were Jewish) and the effect their Judaism had on his personal identity. Part Two focuses on Judt's educational years, focusing primarily on Judt's time at University. After finishing high school - where he met a strict teacher, Joe, who truly taught Judt to speak German - Judt moved to Israel and joined a kibbutz. During this time, he was accepted into Cambridge University and decided to leave the compound. The negative reaction from his fellow Zionists so disappointed Judt that he never returned to Judaism, and forever shirked away from extreme theory in any form.

During his time at Cambridge, Judt studied many different languages, including French and Czech. He also spent a lot of time traveling, expanding his Eastern European knowledge, and researching French intellectuals. Peppered throughout the essays are frequent references to the sixties, which had a strong impact on Judt. Often, he references the Beatles or the "free love" mentality that shaped society, despite the fact that Judt, and many like him, remained conservative in practice while liberal in theory. The final section of the collection focuses loosely on Judt's work life. This is when Judt mentions his three marriages, his personal struggles with Judaism, and his move to New York City. Judt views New York as one of the last remaining "world cities" where people like him, people who reside on the boundaries of society - Judt himself struggled to define himself as solely British, solely American, or solely Jewish - can thrive. It is interesting that Judt continued to define himself as a person "living on the edge" since his then current condition - dying from ALS - had pushed him physically and emotionally to the boundaries, but he continued to thrive.

More summaries and resources for teaching or studying The Memory Chalet.