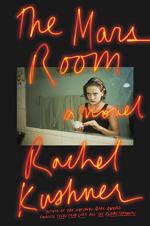 This detailed literature summary also contains Quotes and a Free Quiz on The Mars Room by Rachel Kushner.

The following version of this book was used to create the guide: Kushner, Rachel. The Mars Room. Scribner, 2018.

Rachel Kushner’s novel primarily follows the life of Romy Hall, a single mother who, in 2003, at the age of twenty-nine, began a double life-sentence at Stanville Women’s Correctional Facility, a maximum-security prison in California’s Central Valley. Romy is the primary, first person narrator of the novel. The story fluctuates between Romy’s experiences as she adjusts to life in Stanville, and her reflections on her troubled past in San Francisco, recollections which gradually reveal the circumstances that led to her imprisonment. The novel also follows Gordon Hauser, an English teacher at Stanville; Doc, a convicted murderer and former corrupt police officer serving time in New Folsom Prison; and Kurt Kennedy, the man Romy killed. In various portions of the novel, Doc’s, Hauser’s, and Kennedy's stories are told in the third-person point of view.

As the novel begins, Romy was one of 60 prisoners shackled together and traveling by bus, in the middle of the night, from a county jail in Los Angeles north to Stanville. She sat next to Laura Lipp, who, like Romy, was one of the only white prisoners on the bus. Lipp was talkative. As Romy listened to Lipp’s rambling, dark thoughts, and personal biography, Romy was prompted to reflect on the significant events and people in her own past. These included her mother, who was appointed caretaker of her young son, Jackson, after Romy’s arrest, and her time at the Mars Room, the seedy nightclub where Romy worked as a stripper in San Francisco. Romy also reflected on her drug and alcohol-fueled adolescence in the city, a place she thought of as beautiful but “cursed” (9). She recalled her trial before her imprisonment, in which she was found guilty of killing Kurt Kennedy, a disabled Vietnam War veteran, after he had stalked Romy relentlessly, first in San Francisco, and eventually in L.A., where Romy had moved to get away from Kennedy’s unwanted advances. Romy retained a bitterness for her lawyer, a public defender, who failed to enter Kennedy’s history of harassment into evidence at her trial.

After an all-night bus ride, Romy arrived at Stanville Prison. While she was being stripped, searched, and given standard prison garb, a pregnant teenager who was also on the bus started going into labor. Romy, along with fellow inmates Conan London (a transgender man but biological woman) and Sammy Fernandez decided to help the girl in violation of the prison guards’ orders. After a fracas, Fernandez, Conan and Romy were forced into small, individual cages as punishment, and they watched the girl deliver her child without medical care in the receiving area of the prison.

After trying to help the teenage girl, Romy and Fernandez were sentenced to 90 days in Administrative Segregation, apart from the rest of the prison population. One floor beneath their shared cell was Betty LaFrance, a death-row inmate who Fernandez knew from a previous stint in a county jail. Romy and Fernandez communicated with Betty through an air vent. Betty explained that she landed on death row at Stanville after she killed her husband for his life insurance money, and paid a dirty cop, Doc, to clean up after her crime. Betty also told Romy and Fernandez the story of Angel Marie Janicki, a former Stanville inmate who nearly escaped custody, after she succeeded in cutting through the prison fence with wire cutters in a blind spot between guard towers.

While in Administrative Segregation, Romy started taking a GED test-prep course with Gordon Hauser. After a single session, Hauser offered to get her books to read, and Romy sensed that he liked her.

Less than a month into her time in Administrative Segregation, Romy was told by a prison guard that her mother died in a car crash. Fearing for her son’s future, Romy lost control and was unable to stop fighting the prison guard or crying. She ended up in the prison’s suicide watch, in an empty cell with no clothes. She could not stop thinking about Jackson and what might have happened to him, after his legal guardian died.

After three months in the suicide watch, Romy was returned to the general prison population. She shared a cell with Conan, Laura Lipp, and Button Sanchez, the teenager who had the baby. Romy got a job in the prison wood shop, where she and other inmates manufactured courtroom furnishings. While the job helped take Romy’s mind off Jackson, she still tried every way she could to find out Jackson’s whereabouts. She contacted her lawyer, who tried to help but was unsuccessful. Romy thought more and more of Angel Marie Janicki, the prisoner who nearly escaped, as her desperation over Jackson increased.

Once returned to general population, Romy started receiving books from Hauser. As they discussed them, Hauser’s affection for Romy visibly grew; the other inmates told Romy that he liked her. Romy told Hauser that she started making jewelry, and asked him to smuggle her a set of wire cutters, a request which he, although hesitant, complied with. One day on the yard, Romy surreptitiously buried the wire cutters near a guard tower.

Over the course of several years, Romy formulated a plan to marry Hauser and have him adopt Jackson. Having grown more jaded over time, Hauser rebuffed her advances before she could even make her proposal, and he refused a picture of Jackson that she offered. Romy felt that she had hit a dead end. A short time later on the yard, during a prison riot, Romy dug up her wire cutters and used them to break past the layers of fence around the prison. She successfully escaped Stanville while the guards’ attention was focused on quelling the fight in the yard. She hid in the wooded mountains around the prison facility until the authorities eventually found her.