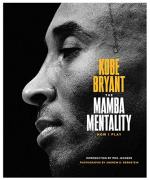 The Mamba Mentality: How I Play Summary & Study Guide

Kobe Bryant
This Study Guide consists of approximately 67 pages of chapter summaries, quotes, character analysis, themes, and more - everything you need to sharpen your knowledge of The Mamba Mentality.

The Mamba Mentality: How I Play Summary & Study Guide Description

The Mamba Mentality: How I Play Summary & Study Guide includes comprehensive information and analysis to help you understand the book. This study guide contains the following sections:

This detailed literature summary also contains Topics for Discussion on The Mamba Mentality: How I Play by Kobe Bryant.

The following version of this book was used to create this study guide: Bryant, Kobe, with photographs by Andrew D. Bernstein. The Mamba Mentality: How I Play. Farrar, Straus and Giroux. New York, NY. First edition. 2018.

The book consists of a sequence of short units of anecdote, analysis, or commentary. Each one is titled, contains a short piece of text, and one or more photographs referencing the concept or experience being considered. The text is first-person, from the perspective of basketball player Kobe Bryant as he considers his career and the various elements of training, preparation, and play that made him so successful.

The book begins with a series of introductory passages. First, there is what might be identified as a prologue, offering a brief glimpse into the circumstances and incidents that triggered Kobe’s love of basketball. Then there is a Forward by a former teammate, Pau Gasol. Gasol describes the development of their relationship, and how he came to respect Kobe as a friend, a teammate, and a leader. Finally, there is an Introduction by Kobe’s former coach, Phil Jackson. He comments on how difficult Kobe could be to coach sometimes, but adds that he respected Kobe’s determination to be the best, and how he applied himself to make that determination a reality.

The main body of the book is divided into two parts. The first is titled “Process,” and explores a number of the different ways that Kobe worked on developing his game, refining his physical well-being, and developed the various disciplines he drew upon in order to reach his goal of being the best he could possibly be. There are references to the support he got from trainers and from teammates, to his intense and focused viewing of video recordings of opponents, and to how his physical and mental routines sometimes seemed strange to those around him.

The book’s second part is titled “Craft,” and explores a number of the different ways that Kobe refined and deepened his game playing technique. Kobe does this in a number of ways. First, he offers several commentaries on how he applied his different techniques of attack and defense against specific players. He also offers several commentaries on how he learned from, and taught, his teammates. In addition, a large number of the photographs in Part 2 are overlaid with diagrams, handwritten with arrows to draw the reader’s attention to the particular aspects of gameplay and technique that Kobe is commenting on in that particular unit.

Throughout the book, and at the core of the considerations in both parts, there is a sense that Kobe is offering readers insight into what made him the player that he became. There is an instructional quality about this aspect of the book, a sense that he is offering these insights so that readers can apply them to themselves, to their own play and to their own lives. There is, at times, a self-centeredness about some of the writing and analysis, such as when he refers to how much effort he put into making sure that his teammates would be there to give him what he needed to play, and to win. There are also references to how, in his earlier career, his gameplay was more about making spectacular, exciting shots and scoring points than it was about being part of a team. He does, however, make reference to his play and perspectives evolving over time as he became more of a team player and a team leader.

The book concludes with an Afterword by photographer, Andrew D. Bernstein, whose photographs accompany Kobe’s text. He describes the challenge of capturing Kobe in action, and in addition, offers insight into the more compassionate, more service-minded side of Kobe the player.

More summaries and resources for teaching or studying The Mamba Mentality: How I Play.

The Mamba Mentality: How I Play from BookRags. (c)2022 BookRags, Inc. All rights reserved.