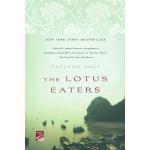 The Lotus Eaters: A Novel Summary & Study Guide includes comprehensive information and analysis to help you understand the book. This study guide contains the following sections:

This detailed literature summary also contains Topics for Discussion and a Free Quiz on The Lotus Eaters: A Novel by Tatjana Soli.

The book begins with a quote from Homer's most famous work, "The Odyssey."

"....we reached the country of the Lotus-eaters, a race that eat the flowery Lotus fruit...Now these natives had no intention of killing my comrades; what they did was to give them some Lotus to taste. Those who ate the honeyed fruit of the plant lost any wish to come back and bring us news. All they now wanted was to stay where they were with the Lotus-eaters, to browse on the Lotus, and to forget all thoughts of return..." (Preface).

The protagonist, Helen Adams is the main character in Tatjana Soli's "The Lotus Eaters." Helen is a naïve girl that arrives in Vietnam from her home in California. Helen's interest in the war began with her father's experiences in Korea and then her brother's death while serving with the Marines. Helen decides that she wants to become a combat photographer and eventually lands a job with Life Magazine. Helen meets the experienced and worldly Sam Darrow, a Pulitzer Prize winning photojournalist not known for his soft fuzzy side. Darrow takes Helen under his wing and teaches her the ins and outs of her new job.

Through Darrow, Helen meets Linh, a Vietnamese deserter who has become a photographer. Linh and Helen work together and eventually fall in love after Darrow's death.

At the beginning of the story, Helen and her husband, Linh, have been covering the Vietnam War as combat photographers for many years. The first scene takes place during the fall of Saigon. Helen, an American photojournalist, is determined to get photos of the end of the decade-long conflict in Vietnam. At the beginning of the story, she is traversing the streets, trying to get back to the apartment she shares with her Vietnamese husband, Linh. Although the way, Helen takes a few snap shots and is stunned by the looting and chaos that fills the streets.

For three years Helen had taken pictures in Vietnam. However, not many people were interested in pictures of the destroyed country. So Helen and Linh began covering humanitarian stories as well as the ensuing crisis in Cambodia. Since that time the Khmer Rouge had taken over Cambodia. However, when South Vietnam finally fell a photo essay would be in high demand. Some of Helen and Linh's exploits are covered. Both know that it is time to get out of Saigon. Linh had been injured which would make it difficult to evacuate the city.

After a difficult and dangerous trek to the embassy, Helen puts Linh on a helicopter and sends him on while she returns to photograph the invasion of the NVA and the changeover of the government. Linh knows that Helen has become addicted to war.

In many ways, The Lotus Eaters is a coming of age tale. Helen had left college to go to Vietnam. She wanted to ensure that she could get there before the war ended. The foreign country and patriarchal society are excruciatingly difficult for Helen. However, Helen learns well under Darrow's wing and with the assistance of Linh. Helen watches while her adopted country is war-torn and ruined. Soli details hoe the war and the country have changed Helen and how Helen changed Linh.