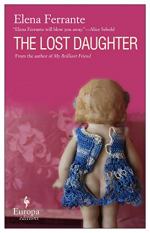 This detailed literature summary also contains Quotes and a Free Quiz on The Lost Daughter by Elena Ferrante.

Leda, a middle-aged English professor at a university in Florence, Italy, decides to spend the summer away from the city, at the seashore. Her grown daughters, Bianca and Marta, have moved to Canada to live with their father, Gianni, from whom Leda is divorced, and for the first time in years, Leda feels free to go away by herself and do as she pleases. She rents an apartment in a seaside town and prepares to enjoy a relaxing summer, reading and writing on the beach.

Leda establishes a routine of going to the beach each day, bringing along her books and papers, but instead of concentrating on her work, she often watches the other people on the beach. The people trigger memories in her, or she projects her thoughts and experiences onto them. For instance, the good-looking young man who works as a beach attendant, Gino, makes her think about her daughters and how they might see him. At first, Leda feels herself to be completely unfettered from the needs of others – a new feeling, since her daughters recently left her – but she soon finds she is unable to be free: she cannot escape her thoughts and memories, which grow increasingly disturbing.

A large extended family from Naples arrives on the beach one day, and as a group they remind Leda of her own family from when she was growing up in Naples. She refers back to her childhood often when observing this Neapolitan family and does not have positive memories of growing up. She remembers her mother and her uncles having a certain “violence” about them, and her mother was always threatening her children that she would leave them. Leda recalls being fearful of losing her mother as a child, and the presence of the Neapolitan family serves as a trigger for many of Leda’s memories of her past, associated with her fears.

Leda begins to focus specifically upon a young mother and her daughter who are part of the Neapolitan family: Nina and Elena. The two seem close and affectionate, and Leda observes them obsessively. Elena has a doll she carries around, and Leda seems repelled by the child’s apparent love for Nani, the doll. One day, as Leda wakes up from a nap on the beach, she becomes aware that the Neapolitan family is searching for Elena: the child has become lost on the beach. Leda joins the search and finds Elena, to everyone’s great relief. Elena’s brief disappearance recalls for Leda her own tendency to become lost as a child; her fears as a child that her mother would leave her; and a time when she lost her elder daughter, Bianca, on a beach, when she was small. The memories of children being lost or separated from their mothers evoke anxiety in Leda, and in her first real connection with the Neapolitan family, she shares her story about Bianca with a pregnant woman, Rosaria, who is Nina’s sister-in-law. Nina thanks Leda for finding Elena but says the child is upset because she lost her doll. Later, as Leda leaves the beach, she reveals that she found the doll and has it in her bag, but does not tell the family. She doesn’t understand why she has taken Nani.

Leda’s possession of the doll for several days, in spite of knowing that Elena is distraught over losing Nani, becomes a key plot element. Leda thinks obsessively about the doll, cleaning it, buying new clothes for it and dressing it, worrying about whether she will give it back or not. The doll and Leda’s observations of Nina and Elena each day on the beach prompt Leda to recall past events around her early years as a mother, her unhappiness over her role as mother interfering with her inability to pursue her career as a scholar, and her own mother’s cruelty toward her. She becomes more and more anxious about keeping Nani, and cannot decide whether she will give the doll back, even though Rosaria and Nina tell her often how miserable Elena is over the doll’s loss.

The longer Leda keeps Nani, the more she dives back into her past, remembering how difficult she found mothering her two young daughters and recalling incidents that suggest to the reader that Leda was breaking down as she tried to stay with her family, as when she lashed out at little Bianca for disturbing her when she was working. Leda’s memories become much of the action of the novel, as she reconstructs the events leading up to the moment when she left Bianca and Marta. As narrator, she becomes less reliable as the narrative progresses, admitting she does not understand herself and justifying keeping the doll from Elena, able to see the Neapolitan family – especially Nina – only through the lens of her own past.

Leda suspects that Gino and Nina are attracted to each other, even though Nina is married to Tonino, and Leda spots them kissing. When Gino asks Leda if they might borrow her apartment for a few hours, Leda asks to speak to Nina alone first. She sees in Nina her own experiences as a young mother and thinks she can help Nina. Nina comes to Leda’s apartment to get the keys, but Leda tries to talk her out of becoming more involved with Gino and to persuade her to leave her family behind and come to Florence to finish her education. Leda believes Nina feels as she did when she was a young mother, wanting to leave her children, so she feels she can finally give Nina the doll. When Nina sees Nani, she is furious and stabs Leda with a hatpin Leda had purchased for her as a gift. Leda’s injury brings the reader back to the mysterious first chapter, in which Leda has had a car accident, with her only serious injury “an inexplicable lesion” in her side (10).