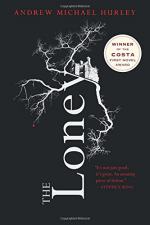 The Loney Summary & Study Guide includes comprehensive information and analysis to help you understand the book. This study guide contains the following sections:

This detailed literature summary also contains Quotes and a Free Quiz on The Loney by Andrew Michael Hurley.

The following version of this book was used to create this study guide: Hurley, Andrew Michael. The Loney. Houghton Mifflin Harcourt, 2016.

A group of religious pilgrims embarked from St. Jude’s parish in London to “the Loney,” an isolated and stormy coastline several hours away. Their goal was to visit a nearby shrine and cure Hanny, a mute teenage boy suffering from severe learning disabilities. The novel was narrated in the past tense by Hanny’s brother, an adolescent who was heavily involved in the church at his mother’s request and who was given the role of protecting and assisting his brother. He narrated the events of the retreat from middle age. As an adult, he worked at a museum and attended therapy with Doctor Baxter. Hanny became a preacher and published a book titled My Second Life with God.

At the outset of the novel, longtime St. Jude’s priest Father Wilfred Belderboss had unexpectedly passed away after a period when his wits sharply declined and his mood became increasingly dark. A new priest, Father Bernard McGill, was assigned to the St. Jude’s parish. He agreed to reinstate Father Wilfred’s tradition of embarking on an Easter retreat to the Loney and staying in an old home called Moorings. The main faction in the retreat group consisted of the Smith family: Hanny, the narrator, and their parents, who they referred to as Mummer and Farther. Mummer was extremely devout and rigid in her religious practices; Farther was depicted as far more lenient and distant. They were joined by an elderly couple, Mr. and Mrs. Belderboss. (Mr. Belderboss was Father Wilfred’s brother.) Finally, Ms. Bunce, who was Father Wilfred’s personal assistant, accompanied the group along with her fiancé, David.

The week of Easter, Hanny returned from his extended stay at a care facility called Pinelands and the group departed by bus. However, their bus broke down in a rural field approaching the Loney and two local farmers named Parkinson and Collier repaired it.

At Moorings, the group met Clement, the household’s caretaker and a farmer who takes care of his blind mother. Hanny and the narrator discovered a rifle in their shared room. After hiding the gun and playing cards with Father Bernard, the narrator eavesdropped on Mummer and Father Bernard discussing the religious schedule for the week. When the narrator returned to the room, Hanny fired the rifle at him, but it was discovered to be unloaded. The boys played at Moorings and saw a man named Leonard, a woman named Laura, and a young pregnant girl in a car. The man and woman argued tensely and the boys left, but Hanny forgot his watch on the beach.

Over the following days, the rain kept the characters cooped up inside and tensions built between the group. Ms. Bunce and Mummer became rivals as each strove to demonstrate their superior piety. Mummer also became dissatisfied with Father Bernard and believed he was not as good of a priest as Father Wilfred. Farther discovered a secret room hidden behind the study that appeared to be used as a nursery.

Besides fasting, the parishioners participated in religious rituals throughout the week. Father Bernard assembled 14 crosses in the yard and the group prayed at each one. Another day, they hiked up a hill and threw stones off a cliff while praying. On the return journey, Hanny found a pregnant ewe.

One day, while exploring, the narrator and Hanny found Thessaly, an abandoned mansion on the edge of the beach. The pregnant girl from the beach, named Else, was living there with Leoonard and Laura. Else kissed Hanny and Leonards returned Hanny’s watch to him, having stolen it from the beach.

Hanny showed the narrator an envelope stuffed with money that he stole from Thessaly and a list of four names: Parkinson, Collier, Hale and Parry. They were interrupted by the discovery that Miss Bunce and David saw a hanged man while on a walk. Father Bernard investigated and discovered that the hanged man is a handmade effigy of a crucified Jesus, with a pig’s heart placed in its chest.

The next day, a wind knocked open the locked outhouse in the backyard, revealing dozens of animals that the taxidermist who previously lived at Moorings had stuffed. Later, the boys went to Thessaly and returned the envelope to Leonard, who offered them money in exchange for their secrecy about the list of names.

The following day, the parishioners went to church and discovered that a statue of Jesus had been smashed and the church’s doors were locked. After a brief outdoor service, the group returned home and had dinner with Clement, who told them that his mother has been cured of her blindness. A group of carolers including Parkinson and Collier arrived at the house and performed a skit for the parishioners. Afterwards, Parkinson warned the narrator to commit to secrecy about the envelope.

The group goes to the shrine on Easter and Mummer physically forced Hanny to drink the brackish holy water from the shrine’s well even after Hanny choked. Miss Bunce and David left the retreat in disgust. Later that night, Mummer again attempted to give Hanny holy water that she stored in tea mug. Farther discovered that the secret room at the back of the house was a quarantine where children were kept until they died.

Hanny ran away in the night to meet Else at Thessaly. The narrator followed him, and they were discovered by Parkinson, Collier, Leonard and Clement. The men revealed that each had an affliction that was cured through dark magic. The boys were dragged into the house and Hanny was shot in the thigh. Then he was carried downstairs and the men healed him by transferring his wound onto Else’s baby.

Two months later, Hanny’s muteness was miraculously cured. As the other characters rejoiced, the narrator told Father Bernard that he read Father Wilfred’s diary. On the retreat three years ago, Father Wilfred had seen Billy Tapper drown on the beach and subsequently lost faith in God.

At the novel’s conclusion, the narrator revealed that Hanny shot the baby but does not remember it. The narrator only pretended that Clement shot the baby to protect Hanny in case his diary was obtained by the police. Hanny was beginning to remember what occurred, but he still did not understand that he is a murderer.