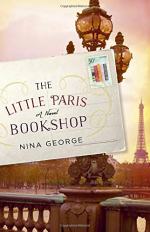 Loss was a major them throughout the novel. The protagonist, Jean Perdu had suffered the loss of his only love, Manon. In effect, he had allowed himself to suffer a symbolic death in his loss of her. This loss shaped him as a character. He had lost his liveliness and would not allow himself to partake in any joyous activity for fear of reminding himself of his lost love.

After realizing the truth about his lost love, Jean decided he had to finally overcome his loss and regain his sense of self. He went of a journey to find himself. Along the journey he connected with Max Jordan and Cuneo. Both of these men, in their own ways had experienced loss of themselves through their loss of those things or persons they held dear.

Max Jordan, a young writer, had lost his muse. Having written one...