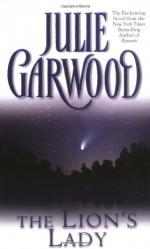 Julie Garwood
This Study Guide consists of approximately 41 pages of chapter summaries, quotes, character analysis, themes, and more - everything you need to sharpen your knowledge of The Lion's Lady.

Lyon is uncomfortable as his family sits down to dinner. He and Christina are joined by Lyon's mother, Aunt Harriet, Diana and Rhone. Christina eventually tells the family some details of her childhood. Aunt Harriet suggests that Christina not tell others, predicting that members of the ton would not understand and that Christina would become the brunt of jokes.

The final journal entry, dated May 20, 1796, was written the day before Jessica and Merry leave the "safe haven" they'd lived in over the winter months...

More summaries and resources for teaching or studying The Lion's Lady.