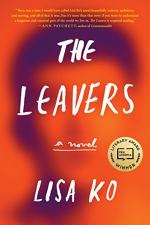 Lisa Ko
This Study Guide consists of approximately 50 pages of chapter summaries, quotes, character analysis, themes, and more - everything you need to sharpen your knowledge of The Leavers.

The Leavers: A Novel Summary & Study Guide includes comprehensive information and analysis to help you understand the book. This study guide contains the following sections:

This detailed literature summary also contains Quotes and a Free Quiz on The Leavers: A Novel by Lisa Ko.

The following version of this book was used to create this study guide: Ko, Lisa. The Leavers. Chapel Hill, North Carolina: Algonquin Books, 2017.

The Leavers opens on the day before Deming’s mother Polly, an undocumented Chinese immigrant working at a nail salon in New York, disappears. When she disappears, he and his family—who include Polly’s boyfriend Leon, Leon’s sister Vivian, and Vivian’s son Michael—are unable to locate her. The opening chapters shift to Deming’s life ten years later. Now Daniel, Deming as been adopted by a white academic couple, Peter and Kay Wilkinson, and living in the predominantly white town of Ridgeborough in upstate New York. Peter and Kay want their son to focus on his academics, but Daniel wants to make music.

Daniel receives a message from Michael, who explains that he has news about his mother. Daniel does not respond, and the narrative shifts back to the day when Vivian, under the economic pressure of caring for her own son, brought Deming to a foster care agency. Although she tells Deming that she will return for him, she never does. Deming, now Daniel, struggles to adjust to Ridgeborough. After Daniel’s adoption is approved, the Wilkinsons visit their family friends, the Hemmings, who have also adopted a girl from China named Angel. He and Angel bond.

Back in the present, Daniel is struggling with a gambling addiction and owes Angel $10,000. He writes Michael back, and goes to dinner at Vivian’s apartment. There, he confronts Vivian, who tells him that she had no other choice and that she paid back Daniel’s mom’s debts after she disappeared. Vivian also gives Daniel the contact information for Leon, who is now living in Fuzhou.

Next, Polly takes over the narrative, describing her life in Fuzhou, where she works at an English school and has married a wealthy businessman. She tries not to think about her son. She explains how, while living in the small town of Minjiang, Polly got pregnant by her neighbor next door, Haifeng Li. She took a factory job in the city and, upon discovering that she is pregnant and unable to abort in the nearby hospitals, borrows from a loan shark in order to go to the U.S. There, she has Deming and, when she is unable to care for Deming and work at the same time, sends her son home to Minjiang, to live with her father. They do not see each other for five years and when Polly’s father passes away, Deming comes to live with her in New York.

Polly gets a job in a nail salon, and she meets her boyfriend, Leon. Leon wants to get married someday, but the couple argues about Polly’s desire to move the family to Florida. The next day, the nail salon is raided and Polly disappears.

In the present, Daniel has contacted Leon, and through Leon, contacted his mother. They begin talking on the phone. Polly confesses to her husband about her son’s existence, and Daniel fights with his band members over the direction of their band. Because his parents want him to begin classes at Carlough College where they teach, Daniel returns to Ridgeborough; however, at the end of the summer, Daniel is thrown out of the house for having continued to gamble and for failing to have repaid Angel her $10,000. Instead of going back to New York City, Daniel takes a flight to Fuzhou, where he tracks down Leon.

With Leon’s help, Daniel tracks down his mother’s apartment, meets his mother’s husband, and travels to Beijing to hear her speak at a conference. They spend the day together in Beijing, and Daniel’s mother reveals that she was held in a detention camp in Ardsleyville, Texas for nearly two years before being deported, unable to make any phone calls. Devastated by this news, Daniel stays in Fuzhou and works at his mom’s English school before deciding to return to New York and trying to make music again. Inspired by her son, Polly also leaves her life in Fuzhou to take a job in Hong Kong. They stay in contact and, at the end of the novel, it is revealed that Daniel lives with his old friend, Michael.

More summaries and resources for teaching or studying The Leavers: A Novel.

The Leavers: A Novel from BookRags. (c)2022 BookRags, Inc. All rights reserved.