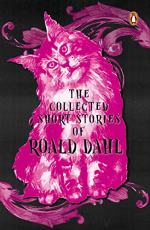 This detailed literature summary also contains Quotes and a Free Quiz on The Landlady (Roald Dahl) by https://images-na.ssl-images-amazon.com/images/I/516WXb2F1rL.jpg.

The following version of this story was used to create this study guide: Dahl, Roald. “The Landlady.” The Collected Short Stories of Roald Dahl. Penguin Books, 1992, p. 3 – 11.

Billy Weaver, a young professional, was tasked with working at his company’s branch in Bath, England. On the train, nearing his destination, Billy asked the porter where he could lodge for a reasonable price, and the porter told him about a place called the Bell and Dragon. After the train arrived, Billy was walking towards the Bell and Dragon when he encountered a bed and breakfast. Upon investigating, he considered the accommodation to be promising, so he approached the door.

Immediately after Billy rang the doorbell, the landlady answered the door and invited Billy in. Billy accepted based on the affordability of the establishment. After a discussion about the surprising lack of customers and the landlady’s particularity concerning who stays at her establishment, the landlady showed Billy to his room.

The landady then asked Billy to sign his name in the guestbook. When Billy opened the guestbook, he noticed that only two other names were written down. He recognized the names, but he struggled to recall where he had heard them. The landlady distracted Billy by giving him some tea. However, Billy considered the tea’s smell to be peculiar.

As Billy and the landlady sat and sipped their tea, Billy noticed that some animals that he had previously seen in the building were actually taxidermy. Billy admired the landlady’s taxidermy skills. During a lull in the conversation, Billy asked if there had been any other tenants since the two in the guestbook, and after telling Billy that the two tenants still lived in the building, the landlady told Billy that he was the only new tenant. The story implies that the landlady may have killed and preserved the bodies of the previous two tenants, and that she plans to do the same to Billy.