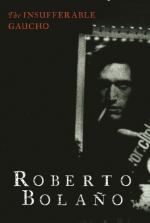 The author imagines a scenario in which a speaker is supposed to speak about illness. The audience of ten people waits politely for two hours for the event to start before being told that the speaker will not be able to make it because he has fallen gravely ill.

In this section, the author writes that while writing about illness, as an ill hypochrondriac, is “an act of masochism or desperation” it is also a “liberating act” (124).

He describes his reaction to a consultation with his specialist, who gave him “unequivocally bad” (125) news. He remembers feeling as though everyone else around him was crawling on all fours, but that he remained upright. A woman named Dr. X asks him to participate in a study. He is strapped to a gurney and wonders...