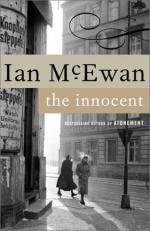 Berlin is the capital of Germany. At the time in which the novel is set, in the years immediately following World War II, Berlin was still one city, a center of culture and the arts with an active nightlife. A few years after the war, and in the novel a few years after several events, Berlin was partitioned into East and West along the sociopolitical divisions. The separation was defined by the infamous Berlin Wall.

The partitioning of the two sides of Berlin took place in 1961, the partitioning being defined by the construction of the Berlin Wall which enclosed West Berlin and kept those desperate to escape the Eastern Bloc's communist regime from escaping. At the time in which the novel, the Wall had yet to be constructed, meaning that it does not play a role in the main body of the action. The...