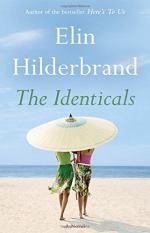 Hilderbrand, Elin
This Study Guide consists of approximately 66 pages of chapter summaries, quotes, character analysis, themes, and more - everything you need to sharpen your knowledge of The Identicals.

The Identicals Summary & Study Guide includes comprehensive information and analysis to help you understand the book. This study guide contains the following sections:

This detailed literature summary also contains Quotes and a Free Quiz on The Identicals by Hilderbrand, Elin.

The following version of the novel was used to create this study guide: Hildebrand, Elin. The Identicals. Little, Brown and Company, June 13, 2007. Kindle.

In The Identicals by Elin Hilderbrand, a family tragedy has estranged identical twins Harper and Tabitha Frost from one another for nearly fifteen years. Faced with the death of their father and their mother’s debilitating broken hip, the twins are forced back together. In the light of new challenges and trials can the twins forgive years of resentment and become friends again? Themes in the novel include the coming of age of a family, the effects of loss and guilt, and facing the consequences of one’s actions.

Harper is alone when her father, Billy Frost dies. She sends a text first to Reed, her father's doctor. Reed is also Harper's lover. When she does not hear back from him, she calls. Even though Reed is at a party hosted by his wife’s family, he agrees to meet with Harper for five minutes. In the middle of having sex, Harper and Reed are interrupted by Reed’s wife, Sadie.

Harper’s twin sister Tabitha, her mother Eleanor, and niece Ainsley attend Billy’s memorial reception. Sadie sees Tabitha and believes she is Harper. Sadie throws a glass of wine in Harper's face and slaps her before she (Sadie) can be subdued. Tabitha, who has resented Harper since their parents divorced, learns that her sister has been having an affair with their father’s married doctor. Tabitha leaves the reception. On the way home, Eleanor gets very drunk. She falls down the stairs and breaks her hip. Tabitha has to leave her teenage daughter, Ainsley, alone while she goes to the hospital with her mother.

Ainsley calls Harper and asks her to come stay with her. Even though Harper coming would solve Tabitha’s problems of needing someone to watch her mother’s boutique and tend to Ainsley on Nantucket while she is in Boston with her mother, Tabitha refuses to let Harper stay. Tabitha blames Harper for the death of her premature son and wants to have nothing to do with her sister. However, Tabitha changes her mind when she gets a phone call from school and learns that Ainsley is in deep trouble. She decides she will get her revenge on Harper by letting her handle all the things she see as problems in her life.

Although Tabitha thought Harper would fail, Harper actually helps Ainsley to begin to straighten out her life. She also makes Eleanor’s boutique profitable again, even though she does so using techniques that neither Eleanor nor Tabitha approve. Believing that her sister is ruining the reputation of the boutique, Tabitha tries to get even by renovating their father’s house instead of selling it as a tear down for quick money.

Meanwhile, Tabitha has been dating the man who works as the contractor on her father’s house. He is forced by his family to break up with Tabitha because she is the sister of the woman who slept with Reed, his sister’s husband. Tabitha has one more reason to be angry with Harper. Once again, Tabitha decides to get revenge on her sister by going to Reed’s house, pretending to be Harper, and sleeping with him. However, when Tabitha gets to Reed’s house, she is unable to carry through with her plan because she realizes she will be betraying Franklin as well.

When Eleanor discovers how broken the relationship is between her daughters, she calls for a family intervention. Knowing that Julian’s death is central to the hate Tabitha harbors for Harper, Eleanor admits that Julian’s death was her fault. She reasons that she did not help out by paying for him to stay in the hospital longer. She also thinks that she had also pushed Tabitha too hard trying to get her boutique open. After the twins make up their differences, Harper announces she is pregnant.

Both the girls travel to Martha’s Vineyard in hopes of finding their respective lovers and patching things up. However, both men have decided they cannot live without the twins and have traveled to Nantucket to look for them. The men arrive at Eleanor’s house at nearly the same time where they are encouraged to wait for the twins to return. The book concludes as Harper and Tabitha yell happy birthday to one another across the water that separates their respective islands.

More summaries and resources for teaching or studying The Identicals.

The Identicals from BookRags. (c)2022 BookRags, Inc. All rights reserved.