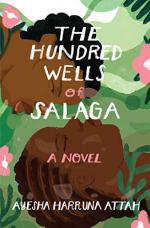 The Wells of Salaga

The novel is named after the wells of Salaga. The wells represent the contradictory themes of independence and enslavement. Ironically, Aminah is at first impressed by the wells because she sees them as symbols of wealth, luxury, and power. However, when she learns of the purpose of these wells—to wash the bodies of the slaves that are imported into Salaga—they take on a sinister meaning and become a symbol of enslavement.

Names symbolize identity, both imposed and desired. For example, when Aminah is renamed by Wofa Sarpong as “Yaa,” meaning “Thursday born,” with his surname, this is an act of stripping Aminah of her freedom and imposing a new identity and ownership over her (91). Meanwhile, the name “Wurche” means “queen,” and it is this that Wurche aspires to be (19).

The Hundred Wells of Salaga from BookRags. (c)2023 BookRags, Inc. All rights reserved.