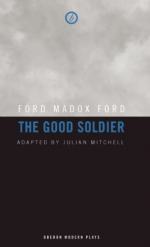 John Dowell laughs at Leonora Ashburnham's seriousness when she says she can "accept the situation" between Florence Dowell and Edward Ashburnham. John assumes Leonora is still talking about religion. John the narrator justifies his naiveté to his audience by reminding the listener that he was a mere sick nurse among three hardened gamblers. John the narrator then posits the question, "What it was like to be a deceived husband?" and answers that it felt like nothing at all. John admits that he hates Florence, although he understands how an American could be caught up in European intrigue.

Leonora treats Florence like a whore and Florence tries to convince Leonora to reconcile with Edward. Leonora accuses Florence of murdering Maisie Maidan, but then accepts the guilt herself because she is the one who brings Maisie from India.