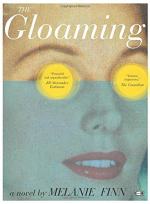 The Gloaming Summary & Study Guide includes comprehensive information and analysis to help you understand the book. This study guide contains the following sections:

This detailed literature summary also contains Quotes and a Free Quiz on The Gloaming by Melanie Finn.

NOTE: The following version of this book as used to create this Study Guide: Finn, Melanie. The Gloaming. Two Dollar Radio, 2016.

Author Melanie Finn present readers with a multi-layered fictional narrative that centers on a hopeful protagonist with a haunting past that follows her from Switzerland to Tanzania. This novel is comprised of two major sections. The first section of the novel is told from Pilgrim’s first person perspective. The chapters are incredibly short and each is labeled with the date and location of the chapter. The first half of the novel is very specific to Pilgrim’s life, with chapters running chronologically between March 12 and May 31 of the same year. However, Finn’s unique weaving of two time frames helps teach readers about Pilgrim’s complex past and brings to light her motivation for jerking herself into a tiny village in Tanzania. Pilgrim’s chapters at the beginning of this novel bounce back and forth between her time in the small town of Arnau, Switzerland and her time spent in Tanzania. The stories run simultaneously, with revelations happening chronologically but the locations going from Switzerland in March to Tanzania in April and May.

Pilgrim’s story begins in Switzerland after her husband, Tom, leaves her. She is in Arnau because the picturesque, small village was supposed to be the location of their dream home together. Now Tom has left her for his pregnant mistress, and Pilgrim continues to be a well-behaved housewife who attends German lessons a few times a week. She is stuck in the past, dwelling on Tom and how dependent she has become on him. Pilgrim loses control of her car while driving to her German lesson. The car veers into a bus stop in Arnau and kills three children. The accident is investigated, and the lead investigator, Paul Strebel, deems it a complete accident. The town turns against Pilgrim despite her proclaimed innocence in the deaths, and Pilgrim no longer feels safe in Arnau. Someone continues to enter her home when she is not there. She finds empty coffee cups in her sink that are not hers. Strebel, much like Pilgrim, feels as though his marriage to his wife, Ingrid, hold him back. He sees Pilgrim as someone who is exciting and new and beautiful, and Paul has sex with Pilgrim one time in her apartment. Pilgrim loves the fact that Paul does not know her as Tom’s wife, and Paul revels in the fact that Pilgrim is not his wife. She finally decides it is time to leave when she discovers a roll of duct tape and a plastic bag on her bed. She does not tell Strebel exactly why she chooses to leave, but Paul knows there is nothing for Pilgrim in Arnau and he knows he does not have a good enough reason to ever leave Ingrid.

Pilgrim goes to the airport and has a moment of realization. She admits to herself that she is alone in the world. She has no children, no mortgage, no home, and no husband; so Pilgrim decides to select a place at random. This brings her to a safari in Tanzania, where the book continues with Pilgrim riding in a Land Rover to a small village called Magulu. Pilgrim is merely a passenger in the car. She and the entire group on safari are driving to the closest clinic so that an ill woman in their group can get treatment. Pilgrim waits outside of the clinic and nonchalantly decides that she wants to stay. The people in her group discourage her, but she wants to stay and provides no reason as to why she has chosen Magulu. Pilgrim spends some time in the village, but is again unwelcome there once two locals decide that she has brought a curse onto their village. In her short time in Magulu, a strange mercenary named Martin Martins appears, claiming his car is broken down when there is no evidence to support his claim; and a cursed box of albino body parts is left on the quiet roundabout in the center of town. The police officer and doctor in the village determine that Pilgrim has brought a curse with her and they ask her to take the box far away from them.

Pilgrim is unaware of how exactly she winds up in a port town in Tanzania named Tanga. She is much more comfortable with life in Africa, and she learns how to adapt to the harshness of reality in Tanzania. Pilgrim is befriended by an American woman named Gloria and a local drunk named Harry, who are both plagued in a similar way as Pilgrim. The three foreigners feel as though their lives are cursed, and Harry and Gloria focus their efforts on the concept of their predetermined justice and retribution. Harry killed many children when he landed his plane drunk in a small village, and Gloria still feels responsible for not being able to save her son, James, from being shot by police after committing robbery. Pilgrim does not believe she has anything to feel overly guilty for and has always felt disconnected from any responsibility concerning the car accident.

Pilgrim makes the mistake of mailing an overdue phone bill to her previous landlady in Arnau. Mrs. Gassner does not side with Pilgrim and decides to share the return address with a father grieving the death of his daughter in that car accident. Ernst Koppler takes the letter from Mrs. Gassner and flies to Tanzania with the intention of seeking justice in the form of killing Pilgrim. Pilgrim seems to be happy adjusting to life in Tanga. She feels as though Arnau is completely behind her, but her comfort vanishes after she finds a small scrap of cloth from the dress of one of the girls she killed in Arnau. Pilgrim is jerked into fear that she is cursed and carries the box of body parts to a local witchdoctor who tells her that this boxed curse has always been meant for her. The witchdoctor warns Pilgrim that she cannot avoid her fate, and he tells her that the person looking for Pilgrim is already in Tanga. Pilgrim quickly accepts her fate. She enters her home to find Mr. Koppler standing there with duct tape and a plastic bag. Pilgrim kneels down and allows the father to deliver his own form of justice for what she did in Switzerland.

The second half of the book shifts greatly after this moment. The next chapter, and each chapter thereafter, is told from the perspective of a different major character that interacts with Pilgrim. These chapters are told in the present tense, but readers feel as though they have traveled back in time because the chapters span a time between each person’s interaction with Pilgrim and how they take care of themselves after May 31, when Pilgrim is left for dead. This provides an overlapping time span and places an emphasis away from Pilgrim and onto the other characters.

The first chapter from this new point of view is told from Strebel’s point of view and it extends from the morning he learns about a car accident at the bus stop to the day he flies home with Koppler’s dead body after it is pulled out of the water near Tanga. After this, readers are jerked back a few days to May 31, when a ghost leads Harry to Pilgrim in enough time to save her. This highlights the idea of a supernatural “other world” that Pilgrim does not understand yet still exists without Pilgrim’s belief in it. This boy in an oversized, ripped T-Shirt appears to Pilgrim several times in the first part of this novel, and he appears one last time to guide Harry so that Pilgrim survives Koppler’s attack. Harry feels a curse lift from his life after he saves Pilgrim. He feels a shift in his life, and it makes him want to be a better person than he has been.

The final chapter of this book is told from Martin Martin’s perspective. Readers are not told when this chapter occurs, but Martin has not changed since he first appeared to Pilgrim in Magulu. He is partying with a friend in a warzone in the Democratic Republic of Congo. The two of them are chased by a warlord named Remy, and Martin winds up seeking safety in a refuge somewhere nearby. Here, he runs into Pilgrim, who has been living in the region for quite some time and works as a medic in the area. The novel ends rather mysteriously, and the final scene firmly comments on the novel’s theme of fate. Remy arrives at the refuge. Pilgrim goes to greet him. Martin walks outside, and he reveals himself to Remy in an effort to face his own fate in the situation. There is no clear ending for Pilgrim, who is last seen blocking the sunrise from her eyes while talking to a warlord in the Congo.