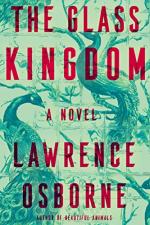 Related Topics
The Ballad of a Small Player
Beautiful Animals

Lawrence Osborne
This Study Guide consists of approximately 42 pages of chapter summaries, quotes, character analysis, themes, and more - everything you need to sharpen your knowledge of The Glass Kingdom.

This detailed literature summary also contains Quotes and a Free Quiz on The Glass Kingdom by Lawrence Osborne.

The following version of this book was used to create the guide: Osborne, Lawrence. The Glass Kingdom. Hogarth, 2020.

Sarah, the protagonist, wakes up in Bangkok, having just moved into a once glamourous, now outdated, glass building called the Kingdom. Sarah worked as an assistant to famous novelist, April Laverty in New York. Sarah did everything for the aging and mentally declining Laverty, including forging letters on her behalf. Laverty, preparing for death, sold letters to a Hong Kong billionaire, Chan, for his personal library. Last week, Sarah flew to meet Chan on Laverty’s behalf. She also sold an additional 40 letters she forged without telling Laverty to keep the additional $200,000 for herself. She deposited Laverty’s money, dyed her hair blonde, and came to Bangkok with a new name to hide from Laverty’s estate managers. She found an apartment for rent by the Kingdom’s owner, Ms. Lim.

At the Kingdom’s pool, Sarah meets Mali, another young woman who invites her to play poker with her and two other women in the building.

Sarah goes to the apartment of Ximena, an Argentinian chef, for poker night. Natalie, a hotel manager married to a wealthy lawyer also joins the 3 women. They discuss their lives, Sarah lying and saying she is rich from an inheritance from her deceased parents. Mali says she is half English, half Thai and that her mother’s Thai family is very rich and well connected. The women drink and smoke. Natalie tells Sarah she should hire Goi, her live-in maid who cleans the apartments of all the women. Sarah worries about hiding the money she keeps in a suitcase, but says yes to not draw suspicion.

Sarah sees Mali regularly and they grow more friendly, even going for lunch and to a spa. boyfriend, Ryo.

One night, a bomb goes off in the street, planted by a civilian as people talk of a coup to overthrow the authoritarian monarchy. The lower class people are against the monarchy, but the upper class, like the inhabitants of the Kingdom, are for the monarchy, creating class tension.

One poker night, Mali does not appear. Sarah goes down to Mali’s unit to check on her, and throw the windows that look onto the landing, she sees Mali fighting with Ryo who violently beats her. Sarah returns, frightened, and does not tell the other women.

Sarah does not see Mali until a few days later. She tells Mali she is worried about her, but Mali brushes it off. She asks Sarah if she needs help laundering money, as she can sense that she does. Sarah says yes.

Sarah wakes up in the middle of the night to find the power out. Mali appears at her door, bloody, saying she had an altercation with Ryo and killed him in self defense. Sarah, accepting her role as accomplice, goes to the apartment to take Ryo’s belongings out of it, seeing his disfigured corpse. Sarah waits with Mali as she calls undertakers to sneak into the building and remove Ryo’s body. She puts Mali’s bloody nightgown in her laundry, and throws away Ryo’s leather drivers. Mali says she will leave town for a while.

Goi discovers Mali’s bloody nightgown in Sarah’s laundry and gives it to Roland in exchange for money, as he asks her to spy on Natalie’s friends. He becomes suspicious that Sarah was violent with Mali, and shares his theory with Natalie.

Sarah sees Pop, the old head grounds man of the Kingdom, wearing the drivers. He notices her horrified reaction, and decides to find out more about Sarah, as he has been waiting to find a good tenant to steal from.

Sarah finds a USB in her mailbox with pictures of her, Mali, and people taking away Ryo’s body, taken from a vantage point. The next day, a girl in the building hands her a letter from someone else that demands Sarah drop off a $100,000 at a train station. Sarah does it, wanting to put this behind her.

Roland asks Goi for information on Mali’s boyfriend. She checks the tenants names to see if a “Ryo” lives in the building, and discovers the unit next to Mali’s belongs to a “R. Nimoto.” She gets the keys from pop and finds the unit recently deserted.

The power goes out more and more often in the building, causing tenants to flee. The streets are deserted due to the civil unrest, causing fear in people. Bodies are found on the streets where they were killed by militia. The power goes off indefinitely, as the government shut off power for the Kingdom’s grid to punish the lower class people in the nearby slums for their insurrection. Sarah’s paranoia and anxiety worsens every day, and she reveals to Ximena she believes evil spirits live in the building who can only come when the power is out.

Ms. Lim appears at Sarah’s door, offering her a place to stay out of the city. Sarah refuses, planning on returning to New York soon. Ms. Lim reveals that Mali has left the building permanently, and that her real name is not Mali, and she is not from a wealthy family, she only rented.

The building becomes fully deserted, only Pop and Sarah remaining. Wild dogs and birds have taken over. Pop invites Sarah to dine in his quarters in the gardens. She goes. Pop tells her he knows her secret. He reveals that Ryo was not the man Mali killed. She pretended it was Ryo to trap Sarah as an accomplice and blackmail her. Sarah realizes Mali and the real Ryo are probably on holiday now with Sarah’s money.

Sarah passes out from a paralytic agent Pop put in her drink. He leaves her to be eaten by a giant lizard in the garden, takes the money in her apartment, and flees Bangkok to retire on an island his family is from.

More summaries and resources for teaching or studying The Glass Kingdom.