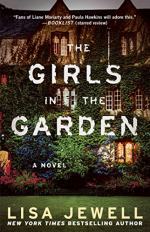 Related Topics
The Night She Disappeared

The Girls in the Garden Summary & Study Guide

The Girls in the Garden Summary & Study Guide Description

The Girls in the Garden Summary & Study Guide includes comprehensive information and analysis to help you understand the book. This study guide contains the following sections:

This detailed literature summary also contains Quotes and a Free Quiz on The Girls in the Garden by Jewell, Lisa.

The following version of the novel was used to create this study guide: Jewell, Lisa. The Girls in the Garden. Atria Books, 2016.

In the novel The Girls in the Garden by Lisa Jewell, a love triangle, rumors, and bad parenting incite a dangerous jealousy that almost has fatal consequences. The novel takes place in London, England. Clare Wild had believed that by hiding her daughters from her schizophrenic husband she could keep them safe. Meanwhile, Adele Howes thought her life with her homeschooled children and a tightly knit community centered on a communal park offered the best of everything for her children. Neither mother realized that it was the children themselves who were their own worst enemies.

Jewell begins her story with a scene in which 12-year-old Pip Wild finds her sister, Grace, bleeding and unconscious in Virginia Park, a communal park behind their house.

The story backtracks to describe what led up to Grace’s injury. Clare moved her daughters to a new apartment that was adjacent to the park in order to get them away from Chris, her husband. Clare lived in fear of her husband after he burned down the family’s home in a schizophrenic episode.

Clare’s feeling of safety was false because she did not have any idea of the way the introduction of her daughters into the territory of the group of teens who had grown up in the park would change the hierarchy and status of that situation. Adele, who had lived near the park all of her married life sensed the changes in the group but thought that it was the result of the children growing older and changing loyalties. When Adele realized that Dylan, who had been friends with Tyler since they were babies, appeared to be romantically involved with Grace, she believed perhaps jealousy was at the center of the feelings of unease among the group of friends.

Meanwhile, Pip began making an effort to get to know her new surroundings. She talked to Rhea and learned about Phoebe, a girl who died of an apparent drug overdose in the park. Rhea told Pip that Gordon, Leo’s father, was a pedophile. Rhea hoped that Leo, the father of the Howes sisters was not a pedophile as well. Rhea’s suggestion made Pip consider the way Leo treated Tyler as well as the way Grace seemed unusually attracted to him and wondered if perhaps he was following in his father’s footsteps. Adele became suspicious of her husband while proofreading Rhea’s memoirs. Rhea mentioned that Leo had dated Cece, a girl who was 13 years old while Leo was 18.

After Grace is attacked, Pip and Adele separately try to work out who might have hurt Grace. Adele worries her husband is responsible because according to her girls, Leo was alone with Grace at the time of the attack. Pip suspects Leo as well but Grace tells her that it was a girl who hurt her. The reader is brought to the conclusion that Tyler and the older Howes sisters hurt Grace because they were jealous of her. It is also suggested that Cece killed her own sister for the same reason.

The Girls in the Garden from BookRags. (c)2022 BookRags, Inc. All rights reserved.