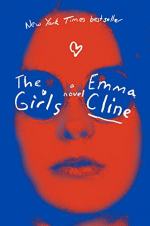 The Girls: A Novel Summary & Study Guide includes comprehensive information and analysis to help you understand the book. This study guide contains the following sections:

This detailed literature summary also contains Quotes and a Free Quiz on The Girls: A Novel by Emma Cline.

The Girls tells the story of the build-up to some brutal and notorious murders committed in the summer of 1969, and the involvement of a 14 year old girl named Evie Boyd with the group who committed the crimes.

In the present day, a middle-aged Evie was woken in the night whilst staying in the vacation home of her friend Dan. She feared that someone was breaking into the house and that she would be harmed, but when she got up to check on the noise she discovered that it was Dan’s son Julian and his girlfriend Sasah, who had not known that Evie was staying there. Evie tried to remind Julian of who she was and Julian remembered that Evie was her dad’s friend who used to be in a cult.

In 1969, Evie was spending her last summer at home in California and it was planned for her to move away to boarding school when the new school year began. Evie’s parents had divorced earlier in the year and in the aftermath of their split both of Evie’s parents were preoccupied with building a new life for themselves and paid very little attention to Evie. Evie spent most of her time with her best friend from school, Connie. Evie had a crush on Connie’s brother Peter. After having an argument with one of Peter’s friends whom Connie had a crush on, during which Evie damaged the friend’s motorcycle, Connie and Evie fell out and were no longer friends. With no close personal relationships in her life, Evie became desperate for attention and companionship.

Evie saw a group of strange and intriguing girls in the park one day, diving in dumpsters in search of food. When Evie encountered one of the girls, Suzanne, getting kicked out of a grocery store, she offered to get her the things she needed. Evie’s mom introduced her to her new boyfriend Frank, who Evie did not like. Evie and her mom fought over Evie being rude to Frank and her mom told her to get out of the house. Evie left the house on her bike but the chain snapped, leaving her stuck on the side of the rode. A black bus pulled over and some girls got out to check if she was ok, including Suzanne, the girl from the store. The girls offered to take Evie back to the ranch where they lived with a charismatic man called Russell who was their leader. Evie went to the ranch with them and Russell coerced her into giving him oral sex.

Evie became more and more involved with the group as the summer progressed, while her mom mistakenly believed that she was staying at her friend Connie’s house. Evie was introduced to a famous musician named Mitch Lewis who sometimes visited the ranch. One night Suzanne and Evie went to Mitch’s house and Mitch had sex with Evie, despite her being unwilling. Suzanne, Evie and one of the other girls broke into Evie’s neighbor’s house. The other two got away, but Evie was caught by her neighbor and her mom sent her to stay in Palo Alto with her father as punishment.

Evie quickly became bored of living with her father and ran away. She hitchhiked back to the ranch, but since she had been gone, things had gotten a lot worse. Mitch had failed to get Russell a record deal, which Russell felt that he had been promised. Russell ordered the girls to go to Mitch’s house and teach him a lesson. Evie joined them in the car but on the way their Suzanne kicked her out of the car and left her alone on the roadside. Evie went back to her dad’s apartment, where she learned whilst watching the news that three adults and a child had been brutally murdered at Mitch’s house that night. Evie was too frightened to tell anyone what she knew.

Evie started attending her new boarding school and one day Suzanne visited her there while Russell and the others waited for her on the bus. Suzanne told Evie that they knew she would not tell anyone about the murders. Later, the whole group was arrested in the desert and went on to become famous for their crimes. In her older years, Evie reflected that by not being involved in the murders, she had been made permanently invisible, whereas Suzanne had gained attention and redemption for the crimes she had committed.