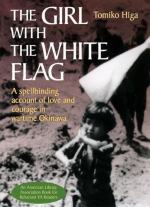 The Girl with the White Flag Characters

Tomiko Higa is the main figure and narrator of the autobiography, "The Girl With the White Flag." At the time, Tomiko is only six years old, and has endured the death of her mother. Tomiko lives on the island of Okinawa, off the southern tip of mainland Japan. Okinawa is described as a bucolic, peaceful island, full of villagers who respect her family for its history with the samurai.

Tomiko gets along well with her siblings, playing all over the countryside with her brother, Nini. Tomiko loves and respects her father, who is strict but kind. He teachers her how to pick vegetables, and what plants are good to eat, and what those plants can do for her. Tomiko is an intelligent and thoughtful child, absorbing all of the information her father gives her.

When the war at last comes to Okinawa and Tomiko's father does not...