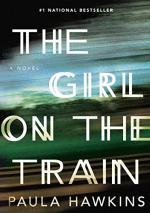 The Girl on the Train Summary & Study Guide

Paula Hawkins
This Study Guide consists of approximately 46 pages of chapter summaries, quotes, character analysis, themes, and more - everything you need to sharpen your knowledge of The Girl on the Train.

The Girl on the Train Summary & Study Guide Description

The Girl on the Train Summary & Study Guide includes comprehensive information and analysis to help you understand the book. This study guide contains the following sections:

This detailed literature summary also contains Quotes and a Free Quiz on The Girl on the Train by Paula Hawkins.

NOTE: Due to the structure of the novel, summaries and analysis sections are divided by page numbers, and chapters are also referenced by page number in addition to paragraphs. This study guide specifically refers to the 2015 Riverhead/Penguin Books Hardcover Edition.

“The Girl on the Train” is a mystery and suspense novel by Paula Hawkins. It follows the lives of three women – Rachel, Anna, and Megan – and the events surrounding Megan’s murder, ultimately bringing the lives of the three women together. Each day, Rachel takes the train to work in London, heading past the town of Witney. There, she can see her old house, where her ex-husband, Tom, and his new wife, Anna, live, and she can also see the home of another married couple a few houses down. Rachel becomes endeared by this couple, whom Rachel nicknames Jess and Jason. They appear to have the perfect life, and Rachel is both jealous of, and happy for them. One day, she discovers that Jess is having an affair, and this enrages her. Rachel has no idea how someone could cheat on someone as seemingly perfect as Jason.

When Jess – who turns out to be Megan Hipwell – goes missing, Rachel is sure that the man she saw cheating with Megan is the culprit. She thus involves herself in the investigation, going to great lengths to try to get to the bottom of things. This includes meeting Jason – Scott Hipwell – and offering him all of the knowledge she can give him, especially in regards to the affairs that Megan was carrying on. Ultimately, Rachel also comes to discover that Megan was babysitting for Tom and Anna – and had an affair with Tom. This likewise shocks Rachel, and encourages her to dig deeper for the truth.

It turns out that Megan was suffering from depression based on a void in her life, caused by the accidental death of her baby girl years before. It is revealed that, although she loved Scott, it wasn’t enough to fill the void, and Megan sought to fill the void in any way that she could. This includes the affairs that she carried on. When Scott reacted violently to news of Megan’s affair, Megan left home, only to meet up with, and reveal to Tom that she was pregnant with Tom’s child – and have Tom kill her for it. When Rachel discovers the truth and confronts Tom, Tom attempts to kill Rachel, but she stabs him in the throat with a corkscrew. Endeavoring to protect herself and her own daughter, Anna twists the corkscrew in further, making sure that Tom will die. When the police are called and arrive, Anna and Rachel cover for one another, for they know they have discovered the truth about Tom’s real nature.

More summaries and resources for teaching or studying The Girl on the Train.

The Girl on the Train from BookRags. (c)2022 BookRags, Inc. All rights reserved.