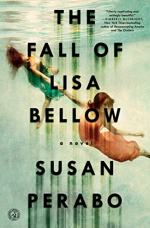 The Fall of Lisa Bellow Summary & Study Guide includes comprehensive information and analysis to help you understand the book. This study guide contains the following sections:

This detailed literature summary also contains Quotes and a Free Quiz on The Fall of Lisa Bellow by Perabo, Susan.

The following version of the novel was used to create this study guide: Perabo, Susan. The Fall of Lisa Bellow. Simon & Schuster, March 14, 2017. Kindle.

In the novel The Fall of Lisa Bellow by Susan Perabo, the Oliver family has almost been pulled apart in the aftermath of a kidnapping witnessed by daughter, Meredith, who grieved not only because she had not done more to stop the kidnapper but also because she had not been taken as well. The family was already reeling from a baseball accident six months earlier in which their son, Evan, had been blinded in his left eye when he was hit in the face with a foul ball. The family members must learn how to reconnect with each other despite their grief and feelings of inadequacy.

The novel, which switches back and forth between chapters of focus on Meredith and Claire, begins with Meredith describing the aftermath of her brother’s injury. One day on the way home from school after a particularly challenging Algebra test, Meredith decided to treat herself to a root beer from the Deli Barn. Inside, Meredith waited while Lisa Bellow, the most popular girl in the eighth-grade, had two sandwiches made. While the employee was making the sandwiches, a man with a gun came into the store. He ordered Lisa and Meredith on the floor while he took money from the employee. On his way out of the store, the man demanded that Lisa come with him. Meredith continued to lay on the floor even after they had left. When the ambulance crew came, they had to give Meredith a sedative to get her off the floor.

Later, Meredith was asked both by police and by Lisa’s mother why she did not get up to see what the car had looked like that Lisa had been driven away in. Meredith had no good answer. She felt guilty, as if she had the opportunity to save Lisa but had chosen not to take it.

Even before she left the hospital to which she was taken after the robbery, Meredith began believing that she could see Lisa in the kidnapper’s apartment. In her drugged state, Meredith was not sure if her ability to see Lisa was real or not. Meredith imagined there was a dog that cheered Lisa up and comforted her even though Lisa was being raped. After Meredith went back to school for the first time after the robbery, Meredith began hearing rumors that Lisa was already dead. Even Becca, Lisa’s best friend, told Meredith she had accepted the fact that Lisa was gone. Meredith tried to escape the possibility Lisa could have been killed but then in her alternate reality where Meredith imagined she could see what was happening to Lisa, Meredith realizes that there is no dog to comfort Lisa, that she is really all alone. Meredith imagined in her alternate reality that she and Lisa had both been kidnapped and that they were being held together in a bathroom so small they were forced to sit in the bathtub.

Meanwhile, Meredith’s role in the Deli Barn kidnapping escalated her into the realm of the popular kids. Lisa’s old friends asked her to sit with them at lunch and help them try to find Lisa. Meredith slowly begins to evolve into the person she believes Lisa was. She dresses like Lisa, wearing the same gladiator sandals that Meredith once thought were stupid. She also begins talking back to her parents, being outwardly hateful to her mother, and becoming distanced from her brother, who was once her best friend. Meredith’s behavior confounded her mother, who had trouble taking an active role in her children’s best interests. Claire criticized herself for not doing what Meredith needed her to do but Claire was not sure what Meredith needed. Claire was afraid that whatever she did would be wrong because she had been wrong in the past.

The novel climaxes when Meredith agreed to spend the night with Colleen Bellow, Lisa’s mother. Meredith was trying to find Lisa and determine if the Lisa she saw in her alternate reality was real or not while Colleen was looking for someone to fill the spot in her life that Lisa had left. Meredith’s two realities merged when she saw a yearbook in Lisa’s room that the Lisa in the alternate reality had told Meredith about. Trying to find her way back to the Lisa in that alternate reality and save her, Meredith slept in the bathtub, appearing to think that was the way to reach Lisa. Claire arrived the next day and fought off her urges to wait and let someone else handle the situation. She lifted Meredith out of the tub and carried her out of the house, a symbol of a change in her resolve as a parent.

Four weeks later, Meredith appeared to be on the road to recovery. She had a stronger relationship with her mother and had rekindled the relationship with her brother. She realized that she had actually had no contact with Lisa in the days after the kidnapping when she created the alternate reality for herself. Meredith recognized that her brother had dug himself out of his hole of depression when he began trying to play baseball again despite his injury and realized that she could dig herself out as well.