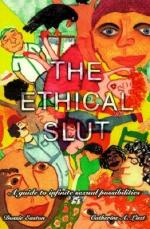 Dossie Easton
This Study Guide consists of approximately 33 pages of chapter summaries, quotes, character analysis, themes, and more - everything you need to sharpen your knowledge of The Ethical Slut.

The Ethical Slut: A Guide to Infinite Sexual Possibilities Summary & Study Guide includes comprehensive information and analysis to help you understand the book. This study guide contains the following sections:

This detailed literature summary also contains Topics for Discussion and a Free Quiz on The Ethical Slut: A Guide to Infinite Sexual Possibilities by Dossie Easton.

The Ethical Slut is a contemporary examination of sexuality and relationships in the light of the American culture of the 1990s. It organizes a body of theory and makes some effort at practice. It is written by two women who are both business partners and lovers in an open and committed relationship with one another. They lived in San Fransisco at the time of this book's publication. Intentionally opinionated and complete, this book makes an effort to be a part of the relational cultural form of sexual education for adults. In this regard, it could be used in tandem with Our Whole Lives sexual education curriculum for adults, and in some cases even the teen versions. In many cases, it would supply plenty of fuel for debate and ultimately, possibly some new agreements and some new understandings which retain significant differences. The Ethical Slut does not provide education into the most biological or clinical aspects of lesbian sexuality. However, it is a meaningful introduction to this social element from a more intimate perspective.

The authors strive to create a theory of human sexuality. There are four parts, each of which deals with a different aspect of this issue. Part 1: Within Ourselves, contains eight chapters, Part 2: Between One Another, includes six chapters, In The World has three chapters, and Part 4: Having Fun, has two chapters plus a conclusion. The women co-authors provide a rather in-depth account of what it is like to be a slut and how to function as one in the world. They include discourse on a number of women's issues. As the authors are women, these topics have automatically come up rather than being anything they might have gone out of their way to find or to get involved with. For women, this is advantageous; for men it is harmless and valuable information but not necessarily directly pertinent to their lives. It is however, at least indirectly important as the men are living along with women in our shared society. The book provides a survey of material for people who have selected to be sexually active. The framework from which the book is written is a rarity in that is comes from a poly-lesbian perspective. Having chosen to not lead monogamous lives, the authors are doing their best to share insight and knowledge with others while also performing the impressive feat of writing, publishing and marketing a book. To that extent, this book is a groundbreaking work for lesbians. At the same time, it is also part of American pop-culture at the tail end of the twentieth century.