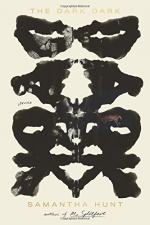 Hunt, Samantha
This Study Guide consists of approximately 67 pages of chapter summaries, quotes, character analysis, themes, and more - everything you need to sharpen your knowledge of The Dark Dark.

This detailed literature summary also contains Quotes and a Free Quiz on The Dark Dark by Hunt, Samantha .

The following version of this book was used to create this study guide: Hunt, Samantha. The Dark Dark. Farrar, Straus and Giroux, 2017. First edition.

Hunt's first and last short stories in this collection details the life of a woman named Norma and her obsession she has with trying to conceive a child. These two stories are incredibly similar while at the same time, minor details are changed to create two completely separate stories. These two stories create a frame narrative for the rest of Hunt's short stories and they touch on all of the issues that Hunt will mention throughout the rest of her collection.

In "All Hands" a Coast Guard who subtly tied to a puzzling teenage girl pregnancy scandal has a near drowning experience underneath a tanker in Galveston. A school secretary in that same short story wonders if those pregnant teenage girls will ever be understood by the rest of the world.

"Beast" follows the life of an unnamed woman who has cheated on her spouse. After her affair, she begins to morph into a deer in the middle of the night. The unnamed woman is terrified of telling her husband and she imagines that if she does tell him, he will learn of her infidelity. When the woman finally does show him, the husband reveals that he is also turning into a deer.

Roy, a 42-year-old man in "The Yellow," who has moved back in with his parents suddenly feels a change come over him. When driving he kills a dog named Curtains, who belongs to a woman named Susanne. The two people have an illicit affair in Susanne's living room, which brings the dog back to life. Susanne wants to kill the dog and forget about the whole thing but Roy, with his changed nature, knows they have been a part of something extraordinary.

"Cortes the Killer" is about a woman named Beatrice who returns to her childhood home to visit her mother and brother for Thanksgiving. Beatrice resents her family for what they have done to the house after her father's death. After an awkward dinner with their mother, Beatrice and her brother decided to ride their old horse into town to go shopping. Unattended, the horse wanders into a pit with an ice covered puddle at the bottom. The horse breaks through the ice and drowns in the cold water. Beatrice mourns the loss of the horse and the land that was lost along with it.

Ada in "The House Began to Pitch," relocated to Florida from Rhode Island in order to escape all of the painful memories she made there. A hurricane hits Florida but Ada and her green anarchist neighbor, Chuck refuse to evacuate. During the storm the two have a sexual encounter and Ada's memories from Rhode Island come flooding back. She remembers that she had an affair with a married man, got pregnant, then miscarried on 9/11/2001. After her memories come back to her, she locks Chuck in her bedroom and she wishes that all the water from the hurricane would flood her house.

In "Love Machine," Wayne, an FBI agent on a mission to catch a bomber fugitive, reflects on his military service with a man named Dwight. Meanwhile, Ted, the bomber Wayne is watching, has a riveting conversation with a woman. Ted wants to start a revolution against technology so humans can go back to being simple and to appreciating nature. However, he does not know that the woman he is talking to is actually a robot. The robot woman challenges Ted's revolution mindset and she makes him realize that his plan is a futile one. When the robot woman returns to where Wayne is hiding he knows he cannot bear to live without her. Wayne then holds her one last time and sets off her internal bomb.

"A Love Story" follows the life of an unnamed wife and mother who is trying to stop being a drug dealer and become a writer. The wife also is becoming increasingly mentally unstable and she believes that her husband is cheating on her. Within this story is several smaller stories that detail the lives of a rich older woman, a young nun who longs to be alone in the convent, a couple who's rental agent commits suicide, and an older woman who begins showing her double mastectomy to strange men online. After these smaller stories are finished, readers are back with the unnamed wife, who has locked her husband outside. They eventually reconcile and head back to their bedroom.

A 14-year-old girl in the story, "Wampum," tries to seduce an older man she has been obsessed with since she was nine. She has kept a treasure purse of many things he has touched. The older man, Trey, has given her rides from town and has been slowly returning her interest. The young girl invites him to dinner, where Trey makes sexual advances on her. Eventually, he realizes her age and stops himself before going too far. The girl desperately wants him to continue and when he does not, she considers calling the cops as he drives out of her driveway.

More summaries and resources for teaching or studying The Dark Dark.